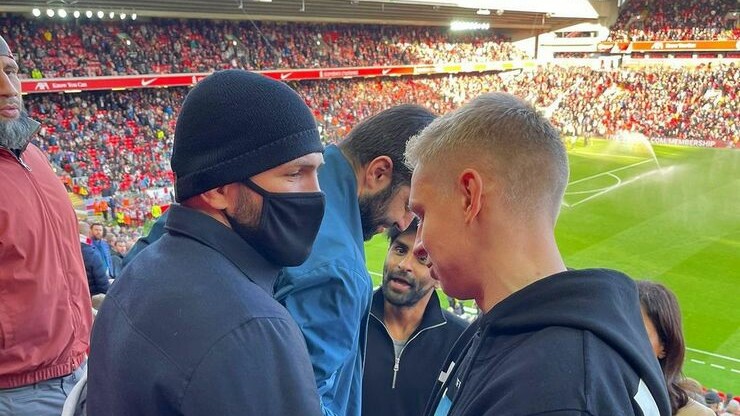 “I wish you good luck in everything, Alexander Zinchenko, even if someone doesn’t like it,” Khabib commented on a joint photo with a Ukrainian.

Earlier, Zinchenko posted joint pictures with Khabib from the Anfield stadium, where the match of the 7th round of the Premier League Liverpool – Manchester City (2: 2) was held. The Ukrainian did not get into the application for the match due to injury. Some of Alexander’s subscribers harshly criticized him for a photo with a Russian.