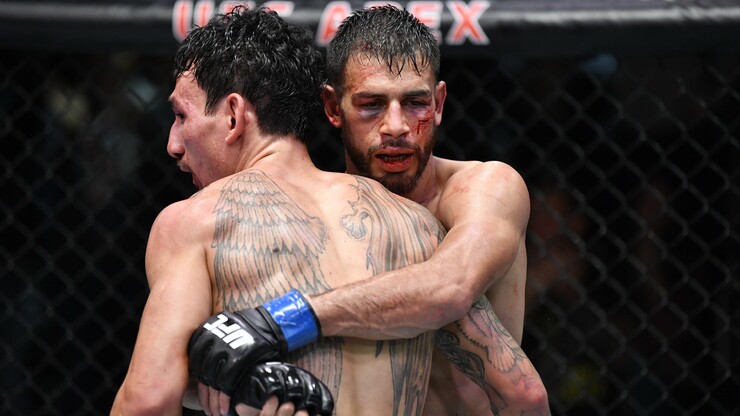 Soldiers took a photo together in an ambulance

After the fight, both fighters went to the hospital, but before that they took a joint selfie.

@BlessedMMAand@panteraufcboth taking a ride to the hospital. Max climbed in to Yair’s ambulance to congratulate Yair for one of the best fights ever. pic.twitter.com/Sl8m9O75aC

Holloway and Rodriguez were hospitalized after the fight