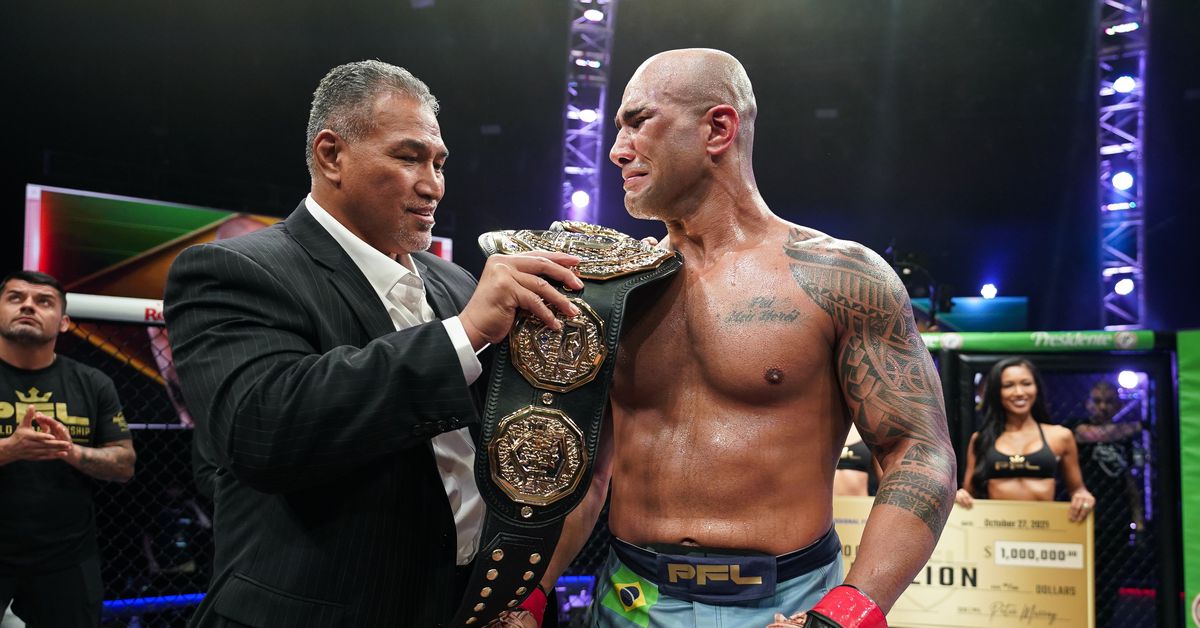 The PFL featherweight and heavyweight rosters are set, minus a champion.

Last season’s 145-pound tournament winner Movlid Khaybulaev will not be competing in the upcoming 2022 season due to an injury the league announced Tuesday along with the 10-man rosters for its featherweight and heavyweight fields. Bruno Cappelozza, the heavyweight champion will defend his title.

The featherweights and heavyweight seasons kick off on April 28 at Esports Stadium Arlington in Arlington, Texas, with the event airing on ESPN2 (main card) and ESPN+ (preliminary card).

The card features a matchup between Stuart Austin and Cappelozza.

Several notable names return for another run at a PFL title and a $1,000,000 prize including two-time league champion Lance Palmer, 2021 finalist Chris Wade, and 2021 semifinalists Brendan Loughnane and Bubba Jenkins in the featherweight division.

At heavyweight, Cappelozza looks to become the first two-time PFL champion of that division. Cappelozza will be facing 2019 champion Ali Isaev who couldn’t compete in the 2021 seasons. He also faces returning fighters Ante Delija and Denis Goltsov.

Former UFC champion Fabricio Werdum, who competed in the 2021 season, is noticeably absent from the roster. MMA Fighting reached out to Werdum for more information.

The 2022 PFL season kicks off on April 20 with the light heavyweights and lightweights in action.

See the heavyweight and featherweight rosters along with the April 28 lineup here: