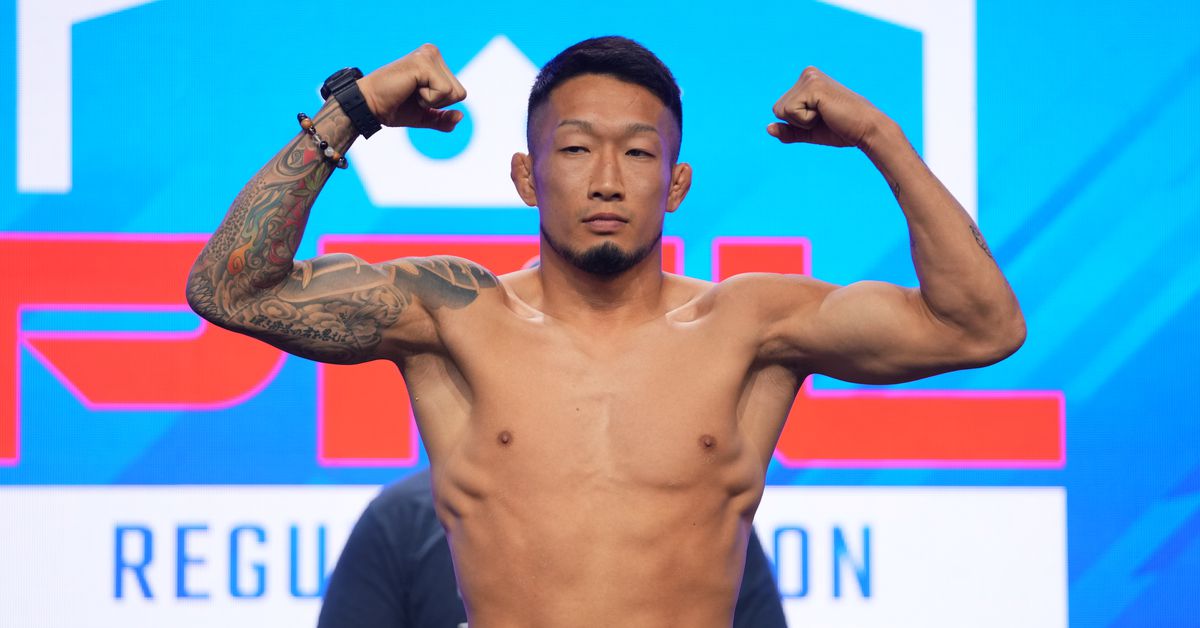 Ryoji Kudo is headed to the playoffs after an impressive first-round knockout of Alejandro Flores on the PFL 5 prelims.

An overhand right from Kudo shut the lights off on Flores at the 2:52 mark of the first round, guaranteeing the Japanese vet a spot in the playoffs with a six-point finish.

Check out the end below.

Kudo was joined by Brendan Loughnane. He opened the card with an upset win over Ago Huskic and Sheymon Moraes, while Chris Wade was on the leaderboard for the regular-season tournament.

PFL 5 took place at OTE Arena in Atlanta and aired on ESPN+.

Kudo also got back to the win column after a loss to Loughnane in his first 2022 PFL appearance. In that fight, his punching power made itself known early when he hurt the U.K.-based fighter on several occasions; wrestling proved to be his downfall in a 15-minute contest.

After his wins during the first two PFL appearances, Flores returns to the drawing boards.