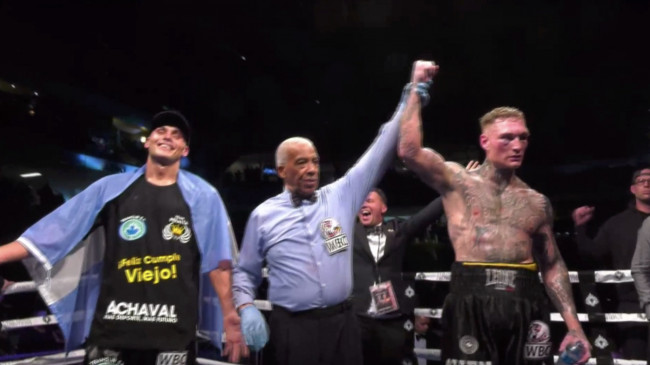 Center 200, Sydney, Nova Scotia, Canada. In the main event of the show, the vacant belt of the international champion WBC in cruiserweight (up to 90.7 kg) a local knockout was played Ryan Rozicky (15-1, 14 KOs) and Argentinian prospect Yamil Peralta (13-1, 6 KOs). The judges gave the title to a local fighter, but even the winner agreed that it was “a so-so decision.”

Peralta beat the opponent, acted mobile, jabbed, failed. Rozicky put pressure, tried to impose power boxing. Somehow he took the initiative in the 8th round. In the 10th three-minute period, the referee penalized the guest for grabbing the opponent’s hands. In the corner, Rozitski demanded that the fighter win by knockout, because there is no other way.

The “winner” did a great job – he said after the fight that “Peralta outboxed me, even took me to school. You need to learn something else, and not just return blows with your head. Looks like we’ll do it again!”