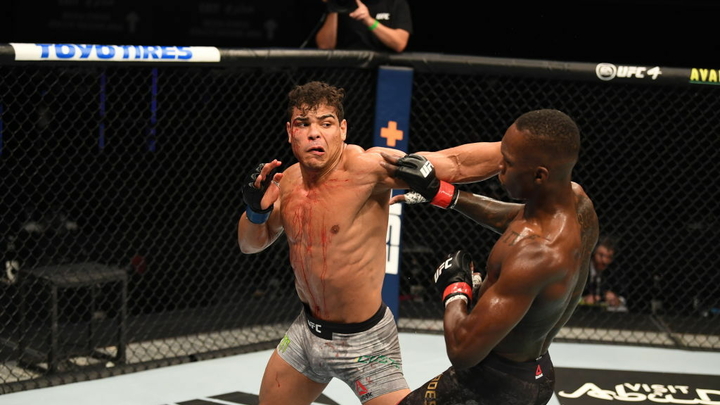 The Brazilian called the reason for his defeat

29-year-old Brazilian UFC fighter Paulo Costa said that during the fight with middleweight champion Israel Adesanya, he was a little drunk.

The fight for the title took place on September 27, 2020. Adesanya knocked out Costa in the second round.

“When I fought, I was a little drunk or I had a hangover. Before the fight, I couldn’t sleep, I had leg cramps. I didn’t sleep 24 hours before the fight. I had a bottle of wine in my room and I thought it would help me. First he drank a glass, then the second, and so on.

In combat, I was sleepy and inactive. I had no aggression, no feelings that I’m fighting for the title, “said Costa.

In a fight with Adesanya, Costa suffered the first defeat of his career.