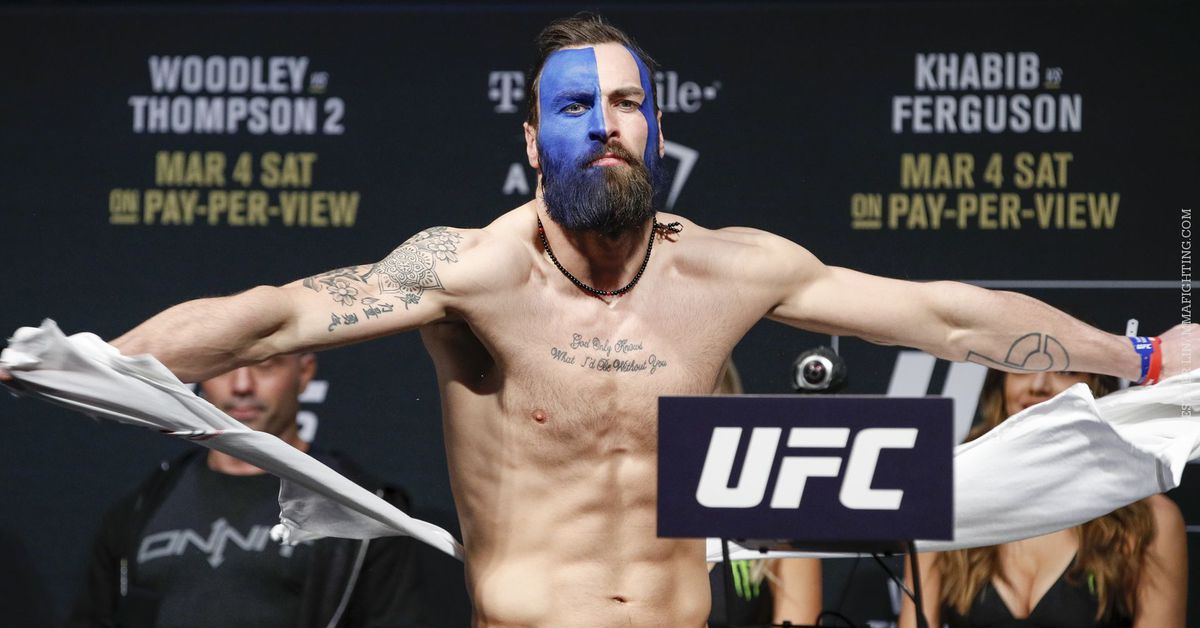 Paul Craig believes he has more to show to the world.

This past weekend, Craig pulled off yet another incredible performance, submitting Nikita Krylov in the first round at UFC London. The win was Craig’s fourth finish in a row, and with the 34-year old now having so much success in the octagon, he’s putting his retirement plans on hold.

Previously, Craig stated that he would quit MMA when he reached 35.. However, with his 35th birthday coming up in November, “Bearjew” says those plans are now out the window.

“When I first started the sport at the age of 24, I looked at the ages of the fighters in my division, and 35 seemed like a really good number,” Craig said Monday on The MMA Hour. I felt 35 was the number that allowed you to leave the sport and yet have mental clarity. It also gave you the chance to feel happy about yourself. The sport’s evolved so much since I first started watching the sport to now, I believe that I’ve got a little bit more mustard in the tub. You know that wee bit in the corner where you really can’t really get with the knife. I’ve got that wee bit of mustard still left in me.

“I’ve still got a lot of mental clarity. My fights don’t go that long, and the ones that do go long, I typically don’t get a lot of head shots. It’s mostly body shots, a lot of grappling. I still believe in myself and believe in my ability to win.

Craig appears to be poised for a breakthrough in the broader MMA consciousness. His submission over Krylov earned Craig is seventh “Performance of the Night” bonus during his UFC tenure and figures to move Craig into the top 10 of the light heavyweight division. And given his exciting style and current winning streak, Craig is hopeful that fans and the UFC are about to get behind him in a major way.

” I’m just letting the wave go. I’m just gonna ride the wave,” Craig said. Sometimes the waves can be small or big. I think right now this wave is big. When the wave slows down, it is time to get off the boat to paddle to the other side. The wave right now is huge, so hopefully UFC will get behind me. Hopefully the UFC fans are supportive and say, “You know what?” I kinda like this guy. I kinda like this getting beat up and drop them there with a submission.

“Because, let’s face it, there were people watching Saturday’s fight who thought, “Paul Craig is done.” He’s about to get knocked out and it’s game over for him.’ And then there’s people who know how I fight and have seen me fight before and fight the exact same way who were like, ‘No, he’s still in. The Old Braveheart remains in the ring, man. He’s got a wee bit left.’ And I showed it Saturday night against a top level opponent.”

Craig hopes to fight a higher-level opponent in his next bout.

Following his win on Saturday, Craig called for a fight with one-time light heavyweight title challenger Anthony Smith, however it appears that Smith is likely to be matched up with Magomed Ankalaev in a potential title eliminator bout. Given that, Craig is hoping that his years of service to the UFC will earn him a crack at another top name.

” I’m constantly looking up. I’ve fought the guys at the back and I’ve fought the guys just coming in. I believe I’ve done my dues, I’ve paid my dues,” Craig said. There are guys who do this sport like Prochazka. While I don’t think it’s bad, Prochazka has had many amazing fights. Where there’s guys toiling, and I believe I’ve toiled. I have fought every up-and coming fighter and shown the UFC my abilities. Mick Maynard sent me an email asking if I wanted to fight him. I replied that I didn’t, because I was scared.

“If the UFC sent a name, then I’ve said, ‘Yep, we’ll take it.’ There’s not any going back and forth. ‘Can we have this guy? Can we have it here?’ I’ve said yep, because it’s the attitude I’ve got where I’ve not got long in the world of MMA, and to be the best you can be, you need to go up against the best and find ways to beat them.

” It’s all about showing what you have and not showing what you don’t,” Craig said. “I know that I still have so much to offer in this sport.” My jiujitsu and striking have only been a small portion of what you can see. You can find more.

“We’ve seen Thiago Santos against Ankalaev, and I don’t want to be picking fights with guys on a losing record, but he’s still fought for the title, he’s still in the top 10, he’s still a household name, so that would be an interesting fight. The same again for [Volkan] Oezdemir, the same again for Dominick Reyes. These guys are men I’d fight .”