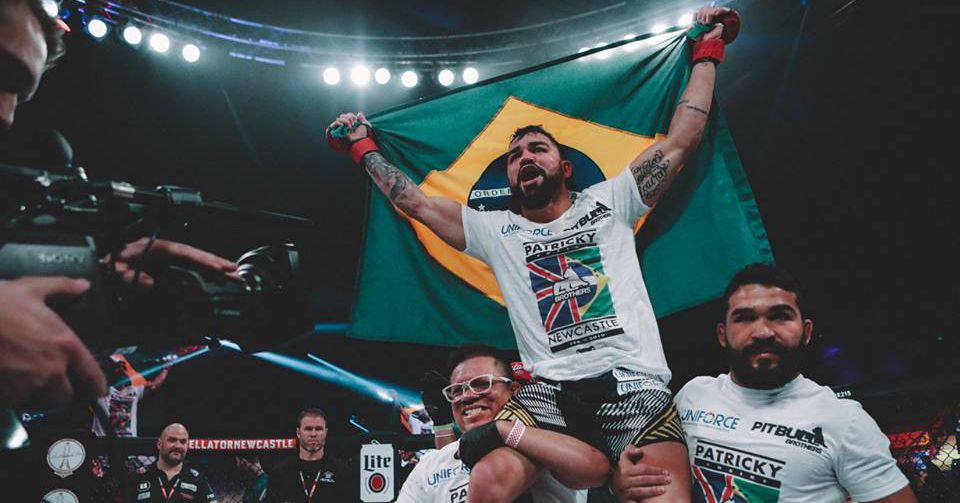 Patricky Freire had hoped to defend the Bellator lightweight belt during the first quarter 2022,, but several setbacks led him to abandon his plans.

“Pitbull” won the 155-pound title with a second-round knockout over Peter Queally in Ireland this past November, avenging a doctor stoppage defeat from May, and said he was informed by Bellator to prepare to defend his belt in February. Bellator had to move it to March because of a groin injury. Then, Freire’s bad luck continued.

” I started training again, and inflicted my heel. But, I kept training and did physical therapy to heal both injuries,” Freire explained to MMA Fighting. “Some time later, I caught H3N2 [influenza] and felt really bad for a week. After I had recovered for two days, I was tested for COVID -19. I cancelled the fight as I did not train .”

Pitbull was not told which lightweight he would be up against in his title defense. However, he guessed it to be between Sidney Outlaw, Brent Primus, and Bellator’s top-ranked lightweights. Outlaw (16-4) is coming off wins over Myles Jury and Adam Piccolotti, while Primus (11-2), a former champion, won a decision over Benson Henderson in his most recent appearance.

With those plans currently on hold, Pitbull has dealt with more health issues: A cervical herniated disc, bursitis, and shoulder tendinitis.