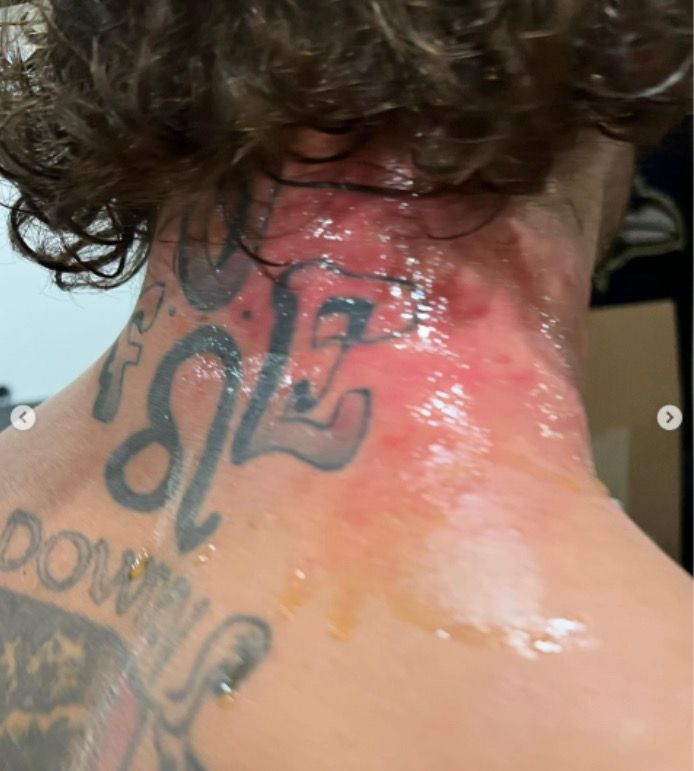 Pat Downey’s MMA debut will have to wait.

In a slew of since deleted Instagram posts, the wrestling standout revealed that he will no longer compete against Daniel Compton at Bellator 277, which takes place April 15 in San Jose. Downey claimed that he had tore his MCL. He also revealed photos of what he described as a progressive undiagnosed flesh-eating disease .

After seeing an allergist on Tuesday, Downey said he was diagnosed with topical steroid withdrawal syndrome, which is caused by halting the use of creams, topicals, and other medications.

Check out photos below:

Downey — a former USA Wrestling world team member and NCAA All-American — has an MRI scheduled for Wednesday with hopes that he can heal up so that he can get back to training, heal up, and get back to a normal sleeping schedule.

Bellator 277 will be headlined by a featherweight championship rematch between A.J. McKee and Patricio Pittbull will headline the