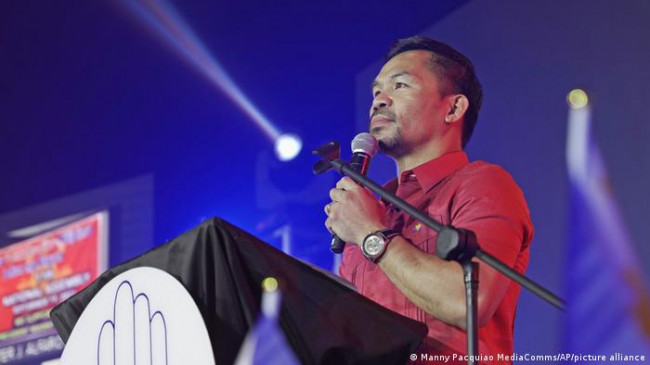 The conqueror of either eight (including The Ring titles), or six weight categories, the legendary Filipino veteran Manny Pacquiao can return to boxing.

So it was assumed in
WBN after the iconic champion lost the Philippine presidential race Ferdinand Marcos Jr.son of a dictator Ferdinand Marcoswho once ruled the country for 21 years.

Interestingly, Pacquiao had practically no chance. The real competitor of Marcos Jr. was only a human rights activist Leni Robredobut she also seriously lost to the favorite (almost 10 million votes behind).

AT WBN it is speculated that the presidential race has drained champion Pacquiao’s financial resources, which may force him to return to the ring again. Allegedly, many news sources in the Philippines write about this.

In August 2021, Pacquiao had his last fight – he lost to the WBA Super champion Cuban Yordenis Ugas by decision of the judges, after which he announced his retirement from sports and soon announced plans to compete for the presidency.

It is possible that the legend will follow the example of his US antagonist Floyd Mayweather – he will perform not in official fights, but in exhibition ones.

The American will hold another fair fight this week – about this and not only in the article The main fights of May in boxing: Canelo-Bivol, Charlo-Castagno 2, Kovalev’s comeback.