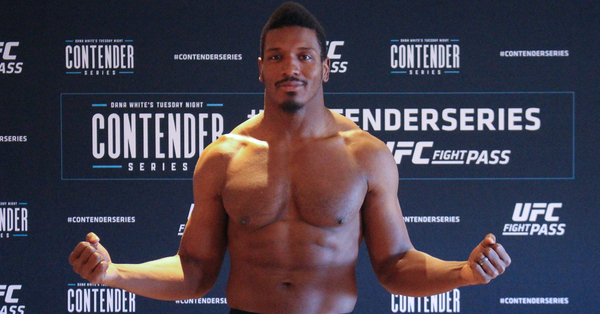 In the co-main event, we will see a postponed fight in the light heavyweight division between the veteran Saint Preux and the inexperienced Menifield. Their fight was supposed to take place on August 22 at UFC on ESPN 15, but a few hours before the start of the show, the fight was announced to be canceled due to Saint Preux’s positive result for COVID-19.

Saint-Preux has lost three of his last four bouts. After losing to Dominick Reyes and Nikita Krylov, he returned with a submission victory over Michal Oleksiychuk to make his heavyweight debut in May, losing to Ben Rothwell by split decision.

Menifield began his career in the UFC with quick knockout wins over Vinicius Moreira and Paul Craig, but in June, the prospect suffered his first loss of his career, losing on points to Devin Clark. Prior to this, Menifield defeated his opponents no later than 32 seconds of the second round.

Menifield has a knockout punch – 8 of his 9 victories are won by KO/TKO. However, as the fight against Clark showed, Menifield is doing poorly with stamina.

With the exception of striking power, Saint-Preux surpasses the opponent in almost all respects. Can OSP survive an early assault? Over the past 10 years, only Corey Anderson has managed to knock him out, Saint Preux’s chin did not fail him in a fight against heavyweight puncher Rothwell, so we expect that he will not let him down in this fight.

Saint-Preux wins by submission in the 2nd round