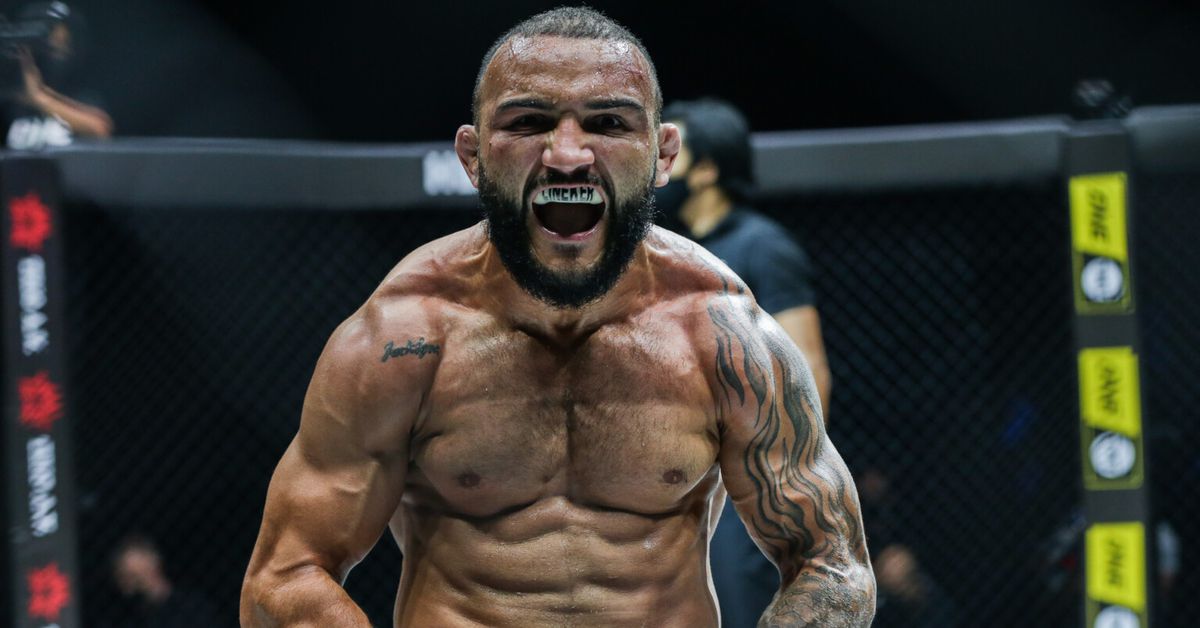 Two ONE Championship: Lights Out title bouts ended in violent fashion on Friday in Singapore with Thanh Le and John Lineker coming out on top.

Le put his featherweight title on the line for the first time against jiu-jitsu wizard Garry Tonon and had to work early when Tonon pulled guard and attacked his leg. After defending his submission, Le dropped the hammers and knocked Tonon out of commission in less than a minute. The champion will receive a $50,000 bonus for the finish and he asked ONE to “line them up” and give him a quick turnaround later this month in Singapore.

With Garry Tonon looking for a leg lock, @ThanhLeMMA closed the show with a KO #ONELightsOut

Lineker finally defeated Bibiano Fernandes to win bantamweight silver in the co-main. In the first round, the duo traded on the feet and Fernandes was rocked twice by “Hands of Stone”. Lineker rallied and landed some serious ground-and-pound against the champion.

The second stanza began and Fernandes had some success early with his takedowns, but Lineker stood firm and forced “The Flash to trade.” Seconds later, Lineker landed a vicious left hand that floored Fernandes, leaving him nearly unconscious, then followed up with a punch to force the referee to call it and make Lineker the new ONE bantamweight champion. Lineker will receive an extra $50,000 bonus for the victory.

You can see the incredible end in this video.

“Bibiano will forever be a champion,” Lineker said in his post-fight interview. “A tough guy, caught me on the chin and knocked me down but I recovered, believed in my potential, believed in my hands, hands of stone, and had this beautiful victory.”

Martin Nguyen, a former two-division king in ONE, rebounded from consecutive defeats to stop an exhausted Kiril Gorobets in the third round, finishing out with strikes to the body. In his post-fight interview, Nguyen said he wanted to stay active and face Christian Lee in a grappling match at ONE X, which goes down March 26. Nguyen has beaten Lee twice in MMA.

Former ONE strawweight champion Alex Silva looked to keep the momentum going after back-to-back victories in 2021 and came close to submitting Adrian Mattheis with a north-south choke in the opening round, but got dropped with a right hand five seconds into round two. Silva was dismayed and started pushing to prove that the stoppage had been premature. Mattheis improves to 10-5 in the company with eight wins over his past 10 bouts.

Check the complete ONE Championship: Lights Out results below.