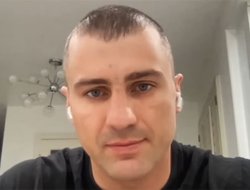 The former holder of the WBC light heavyweight title (up to 79.4 kg) Ukrainian Oleksandr Gvozdyk (17-1, 14 KOs) decided to resume his professional career. He said this in an interview with the YouTube channel ”
Boxing studio of Victor Yalymov“.

Recall that Alexander decided to end his sports career after an early defeat in the unification bout from IBF champion Artur Beterbiev (18-0, 18 KOs) in October 2019. Gvozdyk at the time was training under Teddy Atlas, his manager was Egis Klimas, and his promoter was Top Rank.

– Since I heard that you spar, lead an active lifestyle, has the desire to return to the ring returned?

– In fact, I really look in this direction now. In order not to be unfounded, there is no specifics yet. But I train, I talk, there are even some, let’s say, conditional dates are possible. But there is nothing to talk about yet. I want, I have a desire, I have plans, I want to return, but I can’t say that this will happen 100% yet. But most likely yes.

– Do you have conversations with your former team or with other people?

– Well, if we are talking about a coach, then I think I will work with Marco Contreras, with my first coach.

– And at the expense of the manager, who organizes all this?

There is no manager at the moment. That is, whether I will work with Egis Klimas, I don’t know. Maybe I will, maybe not. Probably not. Now I’m talking to others. While there are no specifics. Again, there are no agreements, except for an oral, let’s say, conditional, verbal agreement about intent – there is nothing else. So far, this situation is not clear. I want, there is a desire, but we’ll see.

Previously, Gvozdyk spoke about Usyk-Joshua rematch and the return of Lomachenko.