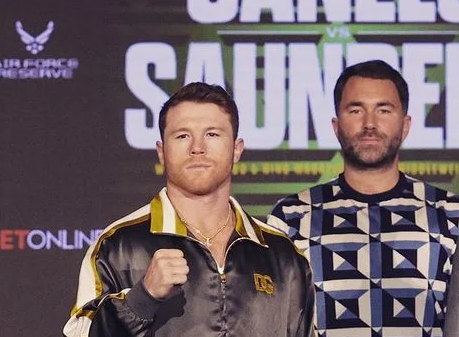 If Saul “Canelo” Alvarez (57-1-2, 39 KOs) wins a duel with Dmitry Bivol on May 7, and completes the trilogy with Gennady Golovkin in his favor in September, it is likely that he will have another fight in December.

According to British promoter Eddie Hearn, it will be a mandatory defense, but not a huge event, and the venue will not be the US.

“If (in December) Canelo fights in England, which is what he wants, we have two mandatory challengers for him in the two divisions where he holds titles,” Hearn said. – This is John Ryder in the super middleweight, as well as the winner of the fight between Joshua Buatsi and Craig Richards, which will determine the contender for the WBA (light heavyweight) title. So he can either fight Ryder or Buatsy or Richards. Or, alternatively, he could go to Mexico and have a big fight there.”

“I don’t think that in December there will be a fight with Beterbiev or something like that. If Canelo does enter the ring at the end of the year, it will be for a new experience. I think in Saul’s case it’s all over the world,” added Eddie.