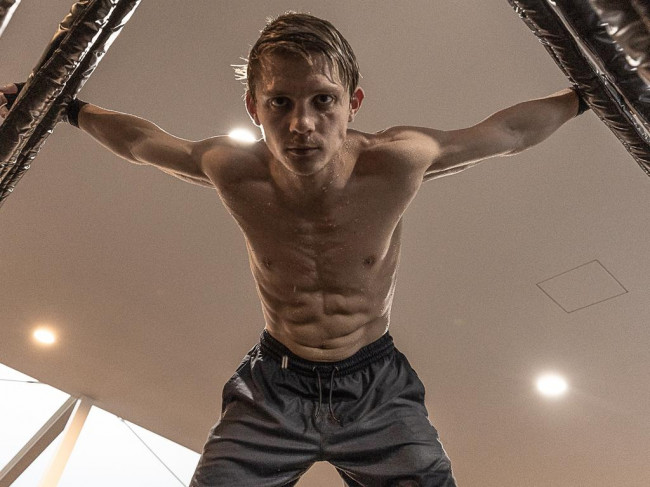 Newcastle Entertainment Centre, Newcastle, Australia. A local fighter of the first middle weight (up to 69.9 kg) had his second fight on profiring Nikita Tszyu (2-0, 2 KOs), son of the legendary Konstantin Tszyu and younger brother of challenger Tim Tszyu. The opponent of the young man was a compatriot
Mason Smith (5-1, 2 KOs).

The left-handed underdog turned out to be a real big guy. And he was ready to give battle to the son of a legend. Smith returned blows honestly for about 30 starting seconds, after which the fight turned into a one-sided beating.

Tszyu calmed down the opponent with a blow to the body, then dropped it with an uppercut. He rose to his feet, not without problems, tried to clinch. In one of the episodes, after Tszyu’s blow, Smith’s blood got on a video camera – we have special effects like in an action movie.

Tszyu continued to beat Smith, and forced the referee to intervene 15 seconds before the end of the first round. It looks very much like this Tszyu is also damn good.

Nikita Tszyu is a bad mad. Gets it done in the first. #GallenTerzievski pic.twitter.com/oMZZujwxXH