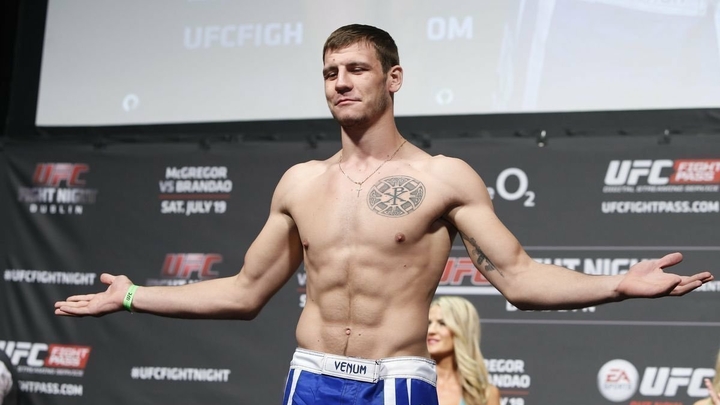 UFC this week for the second time in a row will hold a good tournament of the UFC Fight Night series with an interesting duel of heavyweights at the head of the card. On Sunday at the UFC Apex in Las Vegas (Nevada, USA), the UFC Fight Night 186 tournament will take place, which will decorate the fight between Jairzinho Rozenstruik and Cyril Gein.

The co-main event will feature a promising light heavyweight matchup between Ankalaev and Krylov.

Ankalaev made his UFC debut with a humiliating submission loss to Paul Craig a second before the end of the fight three years ago. Since then, the Dagestani won all subsequent 5 fights, 4 by knockout. Last year, he fought both of his fights against Ion Cutselaba. After a controversial stop at the 38th second in favor of Ankalaev in their first meeting, an immediate revenge was appointed, which Magomed won by knockout in the first round, leaving no questions.

Krylov in March last year won a unanimous decision against Johnny Walker, which closed the loss to Glover Teixeira. In October, Krylov was supposed to have a duel against Volkan Ozdemir, but the Swiss fighter pulled out of the fight due to a knee injury. Since returning to the UFC in 2018, Krylov’s record is 2-2.

Ankalaev came out of wrestling and combat sambo, but in the cage he prefers to fight in a standing position, tending to finish his opponents on his feet. And at the same time, he has excellent defense against takedowns.

Krylov is a former karateka and also skillfully works in the stance. He can also be considered a puncher, and he is also strong as a grappler and often wins by submission.

Krylov may be more dangerous on the ground, but given Ankalaev’s excellent wrestling skills, the fight can only take place in a standing position, where Magomed is able to beat the opponent, bringing the matter to a comfortable victory on the referee’s notes or by knockout.

Ankalaev’s victory by knockout in the 3rd round