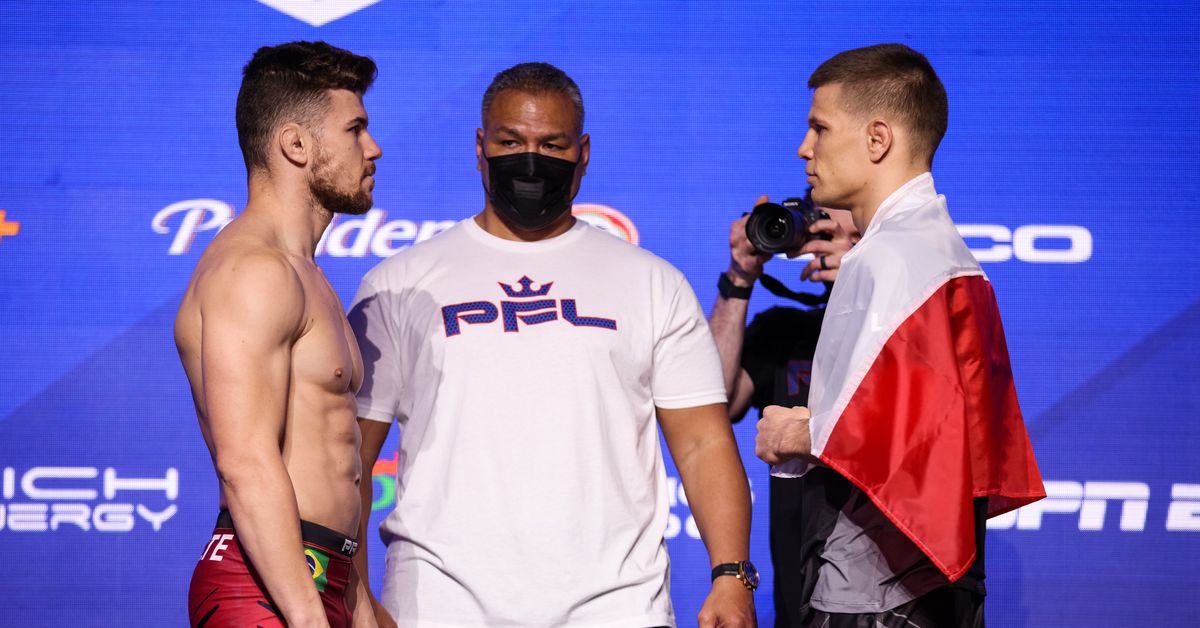 Two-time PFL champion Natan Schulte needs to make a statement Friday at PFL 4 to increase his chances for a third belt at the playoffs, and counts on the fact he knows a thing or two about his opponent Marcin Held.

Schulte was defeated by Held in April 2021,, which hurt his chances to advance to the playoffs that year. He once again has his back against the wall following a split decision setback versus Olivier Aubin-Mercier.

Entering the first rematch of his MMA career in Atlanta, Schulte believes he has an advantage this time around.

“One thing I like about him is how he behaves in the cage,” Schulte stated on the latest episode of MMA Fighting podcast Trocacao Franca .. He did one camp [at American Top Team], but I believe he was there only for two months. I can recall that we trained together and sparred. That gives me confidence, because I know how well we performed in training, in fighting, and it is something I have a good memory of.

“My last fight [with Aubin-Mercier] gives me plenty of confidence as well because, in my opinion, I won that fight, and I’ll be even better in this fight.”

Held also lost his past bout to Aubin-Mercier, an unanimous decision 12 months ago, and Schulte vows to bring in a different game plan this time around.

“He’s a very tough opponent,” Schulte said, “and last time I saw how much he has evolved in his boxing, but I’ll impose my striking and grappling, things I didn’t use last time. Although he is a skilled opponent in jiu jitsu and good grappling, I will be betting on my grappling skills. .”

” I won’t hesitate to start fighting,” he said. He was strong the first round, which worked for him well. However, he started to slow down the second and third rounds. I’ll speed things up right off the bat now. In case I don’t submit him or knock him out, I’ll win the decision without any controversy.”

A decision win may not be enough to get Schulte into the playoffs in order to contend for another million dollars. He knows this. The Brazilian currently has zero points, standing behind Anthony Pettis (6), Raush Manfio (4), Clay Collard (3), Alexander Martinez (3) and Aubin-Mercier (3).

“I have to do everything I can to finish him before the end of the third round,” Schulte said. “Regardless of a knockout or submission, I just want to end this fight in the first round.”