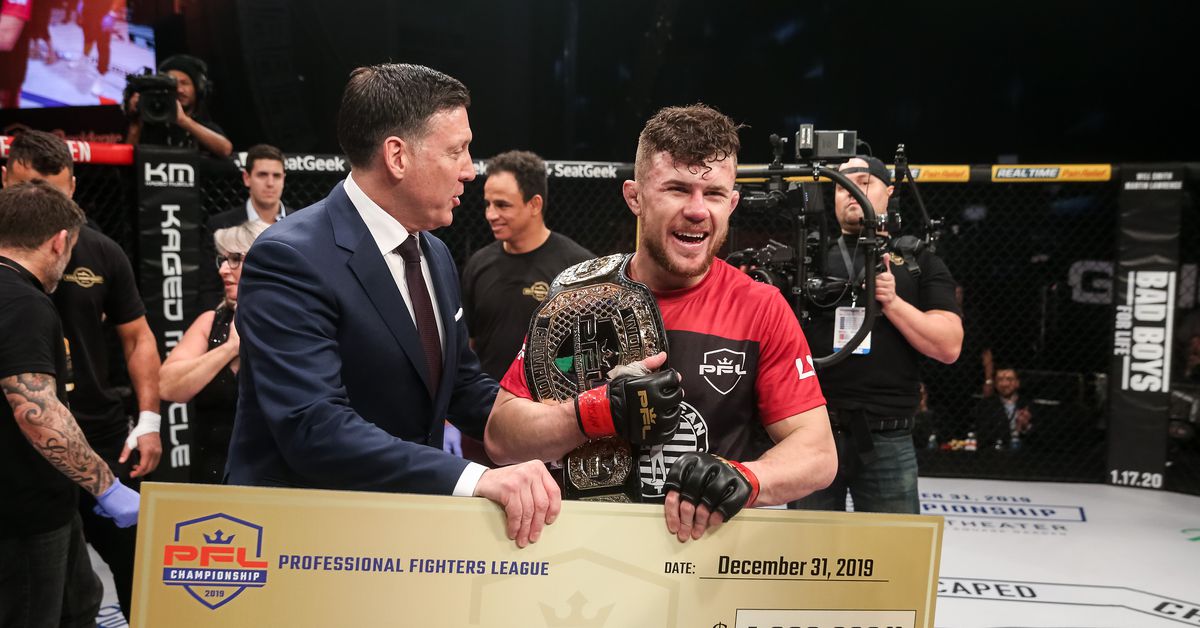 Two time lightweight champion Natan Schulte signed a new contract to stay with the PFL in the lead up to the next tournament-based promotion in April.

Schulte’s manager Ali Abdelaziz confirmed the news to MMA Fighting on Thursday. His next PFL opponent is not yet confirmed, though UFC vet Olivier Aubin-Mercier is without an opponent for the promotion’s April 20 event and could be paired with Schulte.

“Natan is a two-time champion, one of the only people who can have three titles this year,” Abdelaziz said. “I am very thankful for Pete Murray, Ray Sefo and all the help they gave me. I am very pleased about it.

” I am grateful for every promoter who offers fighters opportunities, and the PFL is a great deal. I’m looking forward to PFL season. I think this is going to be the best season to come yet.”

Schulte has been a mainstay in PFL since the promotion rebranded from the remnants of World Series of Fighting. Over three seasons with the promotion, he has amassed an impressive 10-1-1 record with his only loss coming via decision against UFC veteran Marcin Held in the 2021 season. Prior to that loss, he dominated the lightweight division, taking home a pair of championships along with two of the $1 million prizes for tourney winners.

Schulte re-signing with the PFL gives the promotion another standout lightweight for the upcoming season, which will also see this past season’s champion Raush Manfio make his return alongside former UFC champion Anthony Pettis in addition to Jeremy Stephens, who joined the organization after free agency.

The April 20 season opener features both the lightweight and heavyweight divisions.