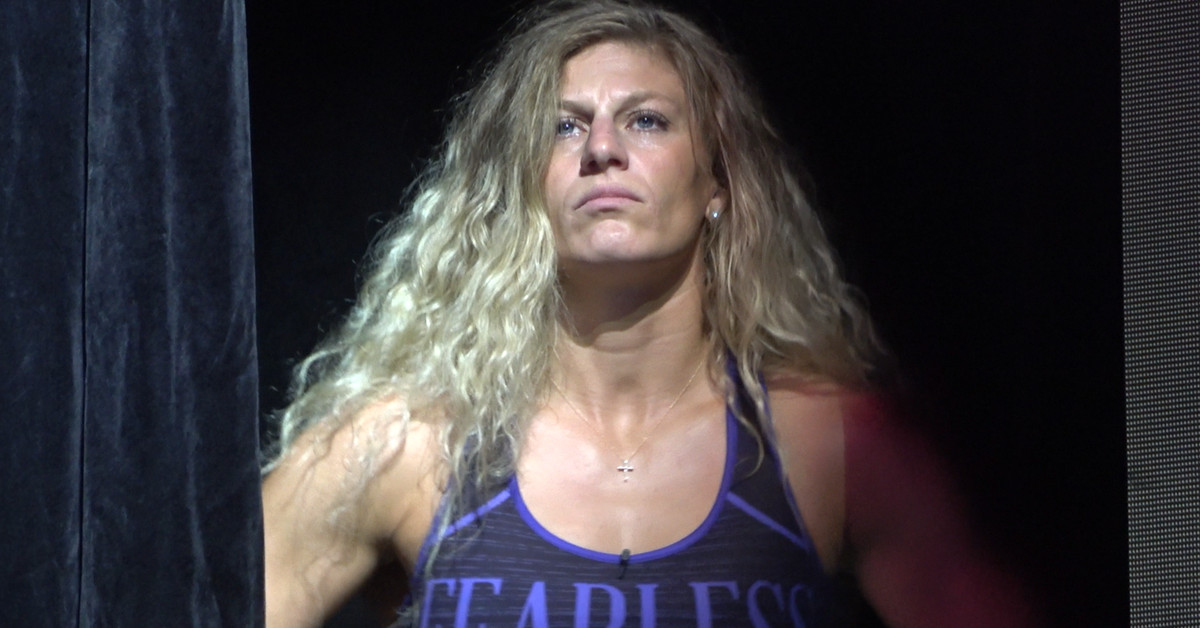 Kayla Harrison is staying put in the PFL.

However, this doesn’t necessarily mean that we won’t witness dramatic changes in the Olympic gold medalists’ competition, at least for one fight.

The biggest knock on Harrison’s perfect 12-0 run in MMA to this point has been that her opponents simply haven’t been on her level. As indicated by her record, that has been proven true as 10 of her 11 different foes have all been on the receiving end of a one-sided beating resulting in a finish. Brazil’s Larissa Pacheco was the only one to survive on both occasions.

But when it comes to the biggest and baddest Brazilian hurdles Harrison can clear, those come in the form of UFC champion Amanda Nunes and Bellator champion Cris Cyborg. Things never appeared to get too serious when it came to Harrison jumping to the UFC in her free agency. Bellator, on the other hand, made a serious push that saw their offer matched by the PFL leading the judoka back to the smart cage.

” I feel that Kayla should be fighting in that fight right now… “I don’t know whom she’s gonna be fighting over there,” Scott Coker, President of Bellator told MMA Junkie Radio in reference Harrison vs. Cyborg. She has to fight those girls who are dominant in this weight class. [Those are] Cyborg, to me, the greatest female fighter of all time, Amanda Nunes, and then Kayla. Kayla is growing and doing well but needs to face someone to show that she can fight at an elite level. We made the run as Cris Cyborg said, “Look, I will fight anyone.” We thought, “Hey, it’d be fun to fight .’

Despite Bellator missing out on the exclusivity of having Harrison on their roster, that doesn’t necessarily mean that they can’t still come to an agreement while they have Cyborg around. The promotion is not over for the Bellator featherweight queen, as Harrison recently revealed that her contract will expire in the summer.

Bellator is well-known for his ability to work with other fighters around the world. The most notable partnership is with Japan’s RIZIN Fighting Federation whom Bellator has exchanged several fighters with since around 2018. Other promotions such as KSW and Invicta FC have also worked with the organization.

“Me personally, I don’t think that’s an issue,” PFL President Ray Sefo told Fight Nation of co-promoting with Bellator. I know Scott has been involved in some co-promotions with others promotions. Scott is a friend and I have nothing but respect and love for him. Anything is possible, I think it’s just a matter of the two teams sitting down at a table and making sure that it works for everybody.

” It’s possible that a superfight will take place at the end this year, but it may also occur in early next year. These are all possible .”

For Harrison, though it was frustrating at times, her desire to do the best is still evident. She’ll have that chance in a perfect world and get rewarded better than elsewhere.

“When I talked to [PFL Founder] Donn [Davis], and one of the things that really sort of put my worries about my legacy to rest, was he was like, ‘Listen, ‘I don’t care if we have to do this on the moon, I don’t care if we have to cross-promote, co-promote, we’re going to make this fight happen. This is the fight to make happen,'” Harrison told The Underground. “I was like, ‘Well, hell yeah, it is. Let’s go.'”

Rematch. Amanda Nunes expects a rematch with Julianna Pena in July or august.

Get a little taste.

So a referee just got KO’d by a rolling thunder during @bravemmaf‘s IMMAF Super Cup 2022 Semi Finals… @mmasupercup | @immafed pic.twitter.com/Igf9ARht4S

Almost took eyes out but all good u cheating fuck see u soon pic.twitter.com/qeRpxQjwoU

We got a HUGE event tomorrow@TeamKhabib #EagleFC46: Lee vs. Sanchez | March 11 at 6P ET on @EagleOnFLX | Sign up to watch LIVE and FREE at https://t.co/QslxaipV9R pic.twitter.com/9y2yOCOGmu

YOUR MAIN EVENT@MoTownPhenom vs @DiegoSanchezUFC #EagleFC46: Lee vs. Sanchez | March 11 at 6P ET on @EagleOnFLX | Sign up to watch LIVE and FREE at https://t.co/QslxaipV9R pic.twitter.com/g9L9bqSleV

Much like the great Megumi Fujii, Saori Oshima competed in Sambo in addition to Judo. She won the 44th All Japan Sambo Tournament, something Megumi did 8 years in a row from 1998 – 2005. Saori faces Hime tomorrow at Deep Jewels 36. pic.twitter.com/D52rg0SjE5

Eagle FC is simply not doing the job for me. It’s 2022 and names like Thiago Silva are being brought back for co-main events. But hey, this is coming from a guy who is most invested in Deep Jewels 36 this weekend so maybe I’m not quite the right target audience.

Thanks for reading and enjoy the weekend!