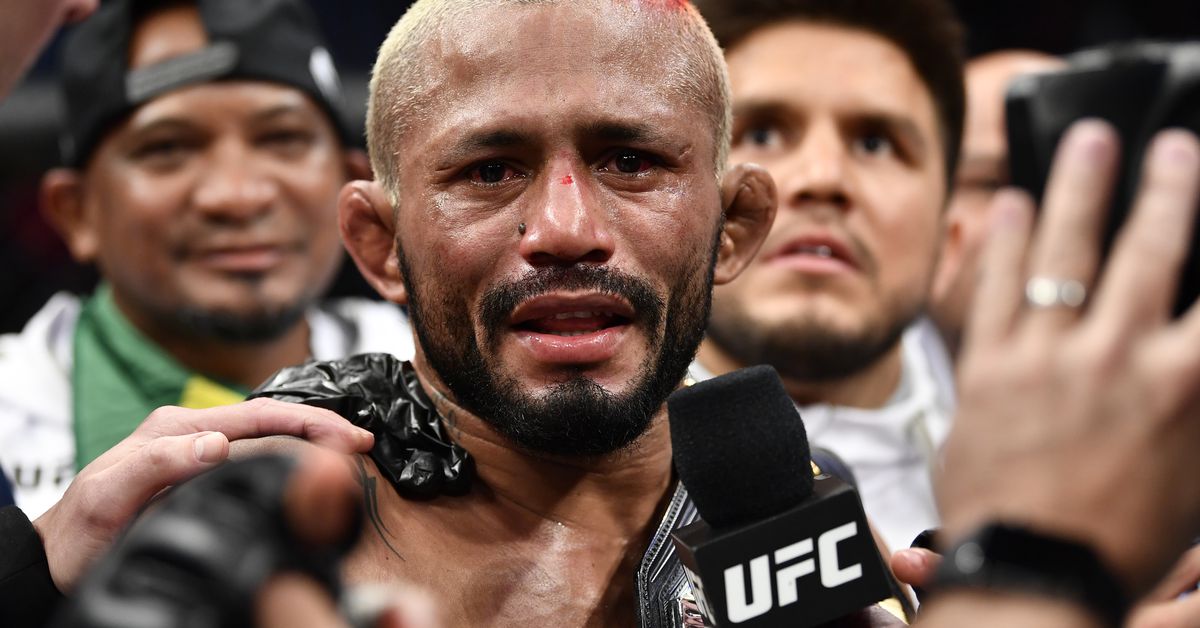 If Deiveson Figueiredo gets his way, the fourth Brandon Moreno fight will not be next atop the UFC flyweight division.

Figueiredo fought Moreno in three straight bouts, each one more memorable than the previous. It is rare to find a scenario where two of the same competitors are fighting in four straight fights. It makes sense in this instance.

The competitive nature of the pairing aside, the rivalry is split perfectly at 1-1-1 and began with a draw before the rematch saw the title change hands to Moreno. At UFC 270 in January, Figueiredo won the strap back by a unanimous judges’ call.

Since Figueiredo reclaimed his title, he’s been fine with the concept of once again facing Moreno. At the same time, he’s mentioned surging New Zealander Kai Kara-France, who he now appears to be putting the entirety of his focus on for multiple reasons.

“Dear Dana White, I just wanted to say thank you for the opportunities that you have given me, my family, and my country,” Figueiredo posted on Instagram. You know I’d fight anyone, anywhere and anytime. This being said, Brandon Moreno was the fight I had in mind for my fourth bout. I believe this is the right thing to do because it’s what the fans desire. His team made racist remarks until then. I was called a monkey, and he even photoshopped a monkey’s head on to mine. Raul Arvizu knows what I mean.

“When all this happened I went on a campaign to stop racism and prejudice in my city where it is predominately Indians and blacks. You are the UFC Champion of the World. I request that you consider my wish. I wish to fight the next contender in line, Kai Kara-France who has earned his spot. #stoptherasicm #weareone”

Kara-France suffered his first UFC setback when taking on the aforementioned former champion Moreno in a Dec. 2019 meeting that resulted in a unanimous decision loss. “Don’t Blink” has been virtually flawless in his five bouts that have followed. After a submission defeat to Brandon Royval in Sept. 2020, Kara-France went on to rattle off three straight by knocking out Rogerio Bontorin and former bantamweight titleholder Cody Garbrandt.

This past weekend at UFC Columbus, the Kiwi handed the unbeaten Askar Askarov his first career defeat in 16 bouts when earning a unanimous decision nod. Before expressing his recent thoughts on Instagram, Figueiredo provided an immediate reaction on Twitter.

“Congratulations you dirty Kiwi, Kai Kara-France you just punched your ticket with the ‘God of War,'” Figueiredo tweeted. You are now in the second row. You are 0-2 against Alexandre Pantoja. If you could beat him I’ll give you the next title shot. Dana White .”

Let’s do it, Dana White

Transition. Curtis Blaydes says he would head to boxing if he was Francis Ngannou.

Boxing. Dan Hardy unsure about potential Tyron Woodley fight, says ‘he’s kind of fallen off the face of the planet.’

Remember guys ! Remember guys, nobody cares about your amateur record once you become a pro. Fight as much as possible, make mistakes, build experience & take your time

It’s well known by ppl I regularly engage with or know me from school or outside of mma that I’ve had a stutter/ speech impediment my entire life it’s got nothing to do with mma. Too many idiots running around saying “bLaYdEs SoUnDs LiKe HeS gOt CtE”

We rollin’ with gold!

I suspect it was Strickland who hacked my account .

The most talented guy I’ve seen walk into the gym. This kid will have a bright future. https://t.co/IWuVti9w6b

Karolina is a dog whisperer.

If Sean Strickland knows how to hack social media accounts then we’re all doomed. Thank you for reading, and we’ll see each other tomorrow.