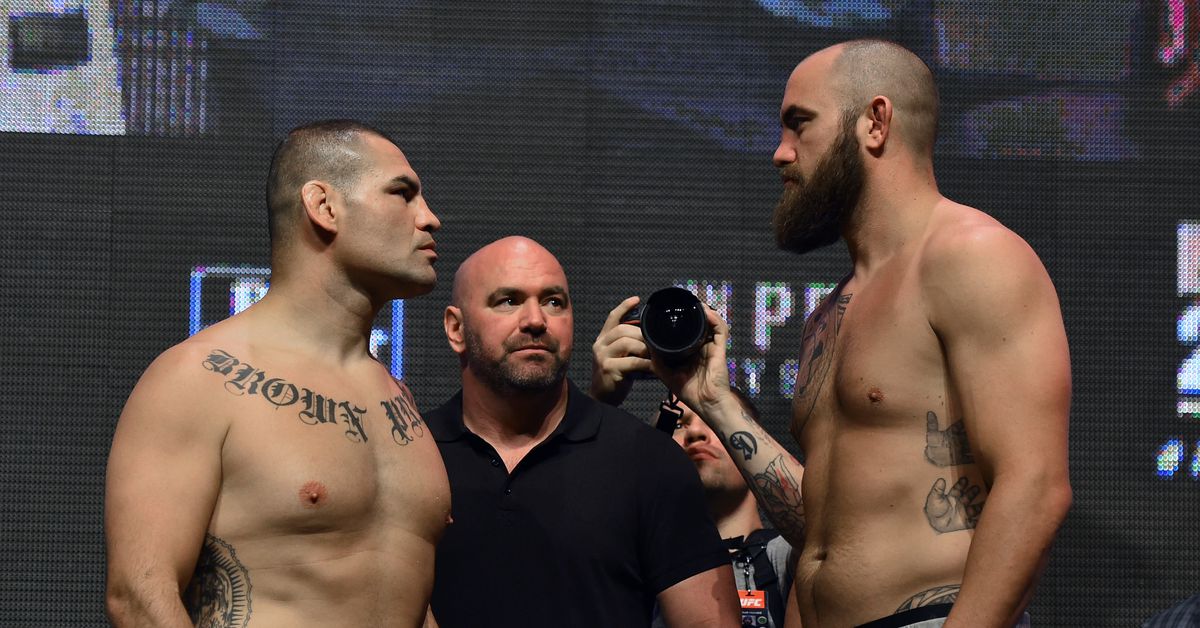 UFC President Dana White has shared his thoughts on the tragic situation unfolding with Cain Velasquez and, like many of others in the MMA community, White has a lot of sympathy for the former two-time UFC heavyweight champion.

Earlier this week, Velasquez was arrested and charged with attempted, premeditated attempted murder and nine other related charges, following a shooting incident that occurred Monday afternoon in San Jose, CA. Velasquez allegedly fired a .40-caliber handgun multiple times into a truck occupied by Harry Goularte Jr., who is charged with molesting a close relative of Velasquez, and two older relatives, striking Goularte’s stepfather, who is expected to survive the incident. Velasquez also allegedly rammed the truck with his own truck, after an 11-mile high speed car chase that preceded the alleged shooting.

Goularte was arrested on February 23 after police were called to a childcare facility on an alleged sexual assault involving a child. Goularte allegedly lived at the facility but was not an employee, and after the police interviewed the victim, Goularte was arrested and charged with multiple counts of lewd acts with a minor. He was released on his own recognizance to await trial and prosecutors say Goularte was on his way to get his court-ordered ankle monitor when Velasquez allegedly attacked.

Given the circumstances of the event, numerous fighters have come to the defense of Velasquez, and speaking with Barstool Sports on Wednesday, the UFC President added his voice to the throng.

“I obviously feel sorry for him and his family,” White said. “It’s a horrible thing. I don’t know enough details to speak on it, but from what I’ve heard, you know, we all say we’d do it if it ever happened to us. Cain did it.”

But while the MMA world has risen up in support of Velasquez, district attorney Jeff Rosen appears set to move forward with the charges, saying a press release that Velasquez “took the law into his own hands, endangering the public and everyone in the truck.” Pursuant to California Penal Code § Section 664, a charge of attempted, premeditated murder is punishable by imprisonment in the state prison for life with the possibility of parole. Velasquez is currently being denied bail and is set to be arraigned on Monday, March 7.

Rankings. Islam Makhachev secures a top-4 spot, middleweight sees a number of changes in the March update to the MMA Fighting Global Rankings.

UFC 272 Fighters You Should Know.

Bellator’s history in the month of March.

BT Sport’s history of the beef between Colby Covington and Jorge Masvidal.

Rankings Show. Discussing whether or not Tai Tuivasa is really a top-4 heavyweight?

I don’t care who you will put in front of me, I’ll smash this whole division

Dana, you went to bed to early, you gotta stay up late to get things done https://t.co/JaoXVwxHga

2022 we gonna shock the world pic.twitter.com/mNmNpVaSBc

All these fuckers are fragile as fuck tho

They won’t allow me to walkout with the world peace flag unfortunately. Peace be with you

I want to wear my country’s flag on my body May 7th. I need an artist to design some fight shorts that I can convince the UFC to let me wear. I will Venmo $500 to the best design. Sooner the better so I can file the paperwork. Send to [email protected]

U bet ur ass I got em. @Realtree @ufc pic.twitter.com/vQnBNasWEq