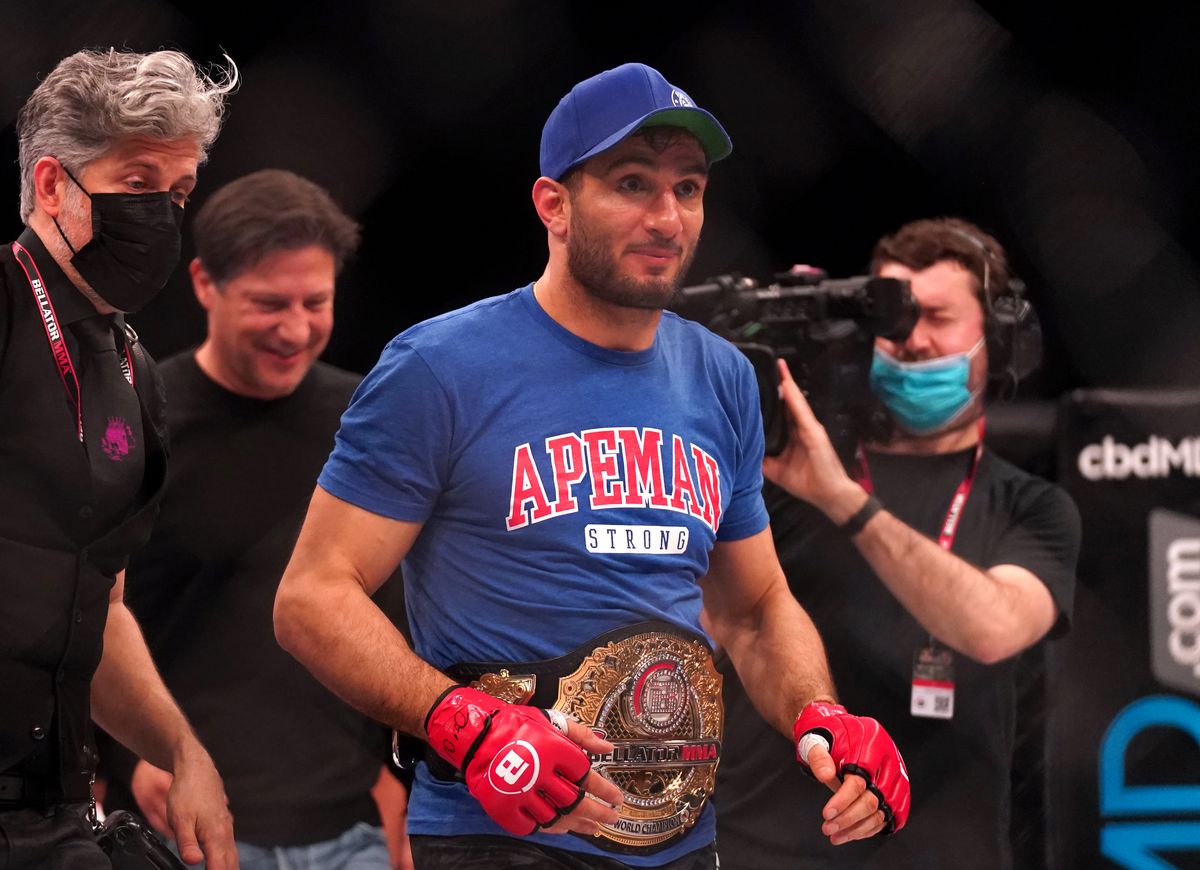 Welcome to the latest update to the MMA Fighting pound-for-pound rankings, where every month our esteemed panel of experts sort through the noise to answer one question: Who are the best overall male and female mixed martial arts fighters in the world?

Despite being pushed beyond his limits, Israel Adesanya is still the champion. This month was packed with action, including the UFC champion at middleweight beating Robert Whittaker. One long-standing veteran also made a significant jump up the ranks.

So how did February affect the global pound-for-pound landscape? Let’s take a look.

Don’t forget to check out the newest episode of the MMA Fighting Rankings Show, where the panel debated the biggest winners and losers of the latest rankings cycle, crowned an MVP of February, and predicted who will be the breakout story of a busy March.

Quickly, some background information before diving into :

As a reminder, the notion of pound-for-pound supremacy is always going to inherently be subjective. There is no right or wrong answer when deciding whether Stipe Miocic should rank below Max Holloway ,. So while our MMA Fighting Global Rankings serve some sort of actual, functional purpose — pound-for-pound lists? They’re just here for a good time. In other words: It’s not serious business, folks.

Thoughts? Questions? Concerns? Let us know your concerns in the comments section below.

The self-proclaimed “Three Kings” continue to dominate the pound-for-pound list.

Israel Adesanya’s decision win over Robert Whittaker at UFC 272 ensured that the men’s top three remained in the possession of African-born fighters, with No. 1 Kamaru Usman, No. 2 Adesanya, and No. 3 Francis Ngannou making up the consensus trio atop all eight of our panelists’ ballots. Whittaker ultimately fell to No. 10 in the losing effort, and with him now out of the Adesanya orbit for the foreseeable future, who is left to truly challenge “The Last Stylebender” for middleweight supremacy? Jared Cannonier is going to give it his all.

But the biggest jump this month belonged to the other major middleweight champion in the sport: Gegard Mousasi. The sassy one jumped six spots up to No. 14 for his effortless win over Austin Vanderford at Bellator 275. Vanderford isn’t exactly the second coming of Anderson Silva, so go ahead and call this a course correction for several of our rankings panelists who may have been sleeping on Mousasi before he reminded them exactly who he is with his 85-second drubbing of a previously unbeaten up-and-comer.

Looking ahead, March will be a slow month for the pound-for-pound list, which is somewhat to be expected when the UFC’s lone pay-per-view is headlined by a non-title fight and features no one else who’d be reasonably be considered a current title contender. Keep an eye out for No. 20 Demetrious Johnson — the legend finally returns to take on Muay Thai champion Rodtang Jitmuangnon in an intriguing mixed rules bout on March 26.

How about this weather?

As expected, there is little to report this month on the women’s side of the pound-for-pound list, as precisely zero of our top-20 fighters returned to action in February. Our consensus No. 1 finally has her next assignment: Valentina Shevchenko will defend her UFC flyweight title — and pound-for-pound throne — against Taila Santos on June 11 at UFC 275, as first reported by MMA Fighting. Shevchenko has been unstoppable since her move down to 125 pounds in 2018, winning eight consecutive fights and notching six defenses of the flyweight belt.

We’ve already seen one pound-for-pound great fall in the past few months. Is Santos able to do a Julianna Pena?

As per the March slate: No. 14 Marina Rodriguez will look to cement her position as the next woman in line for the strawweight title picture when she takes on Yan Xiaonan this Saturday at UFC 272 in a bout with big-time stakes.