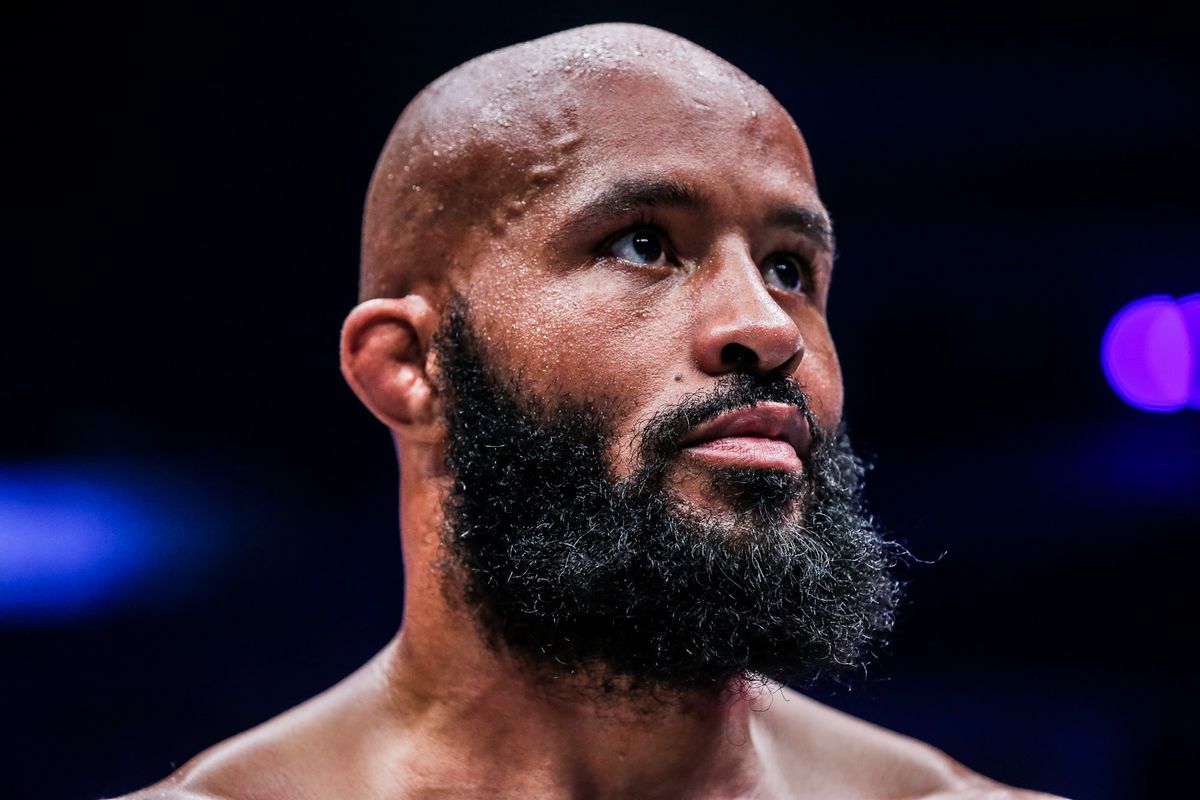 Welcome to the latest update to the MMA Fighting pound-for-pound rankings, where every month our esteemed panel of experts sort through the noise to answer one question: Who are the best overall male and female MMA fighters in the world?

Demetrious Johnson has been the embodiment of excellence pound-for–pound for many years.

The smallest champion on the UFC roster, Johnson’s domination of the flyweight division was once so absolute that it became undeniable that “Mighty Mouse” belonged at the front of any discussion of the most skilled fighters in combat sports. From June 2012 to October 2017, he won 13 straight fights, defended his UFC title a record 11 straight times, and did so with such technical perfection that his name is still spoken in hushed tones despite being three-and-a-half years removed from the UFC.

However, Johnson has not won an MMA contest since October 2019 (his recent win over Rodtang Jitmuangnon at ONE Championship: X came in an MMA-muay Thai hybrid bout) and the competition he’s faced in Asia is not as well-known stateside as his past opponents. That’s left the door open for Johnson to slide down MMA Fighting’s Pound-for-Pound rankings, and this month, he’s finally exited, replaced by the infamous Colby Covington.

Some would say Covington is the opposite of Johnson, in terms of demeanor. But he’s clearly the No. 2 guy in the deep welterweight division, and that was enough for our panel to bump Johnson out in favor of “Chaos.”

Long overdue? Or does it just feel wrong to not have Johnson ranked here? You can see the entire list to decide for yourself.

Don’t forget to listen to the newest episode of the MMA Fighting Rankings Show, where the panel chose an eventual UFC title winner among Tom Aspinall, Manon Fiorot and Kai Kara-France, looked ahead to six upcoming championship bouts, how many times we might hear “and new,” and reflected on the legendary Demetrious Johnson exiting the pound-for-pound rankings.

Quickly, some background information before diving into :

As a reminder, the notion of pound-for-pound supremacy is always going to inherently be subjective. When you’re debating whether someone like Stipe Miocic should be ranked below someone like Max Holloway, there is no true right answer. So while our MMA Fighting Global Rankings serve some sort of actual, functional purpose — pound-for-pound lists? They’re just here for a good time. This means that it’s not serious business.

Thoughts? Questions? Concerns? Let us know your concerns in the comments section below.

Again, take a look at that list: It’s just weird without Demetrious Johnson on it, isn’t it?

Despite his run over the last few years, it is hard to fault Colby Covington being included on this list. Even before he adopted the brash persona that made him cheap headline fodder, Covington had established himself as one of the toughest outs in the welterweight division, and he certainly merited pound-for-pound inclusion when he rattled off consecutive wins over top-10 contenders Demian Maia, Rafael dos Anjos, and Robbie Lawler.

Even his defeats to Kamaru Usman have only confirmed what everyone already knows: He’s a phenomenal fighter who’s good enough to beat anyone at 170 pounds – except the absolute best of the best. He deserves credit for coming much closer than most to toppling Usman. How high Covington can climb in the charts without ever getting over that hump remains to be seen.

One important point worth noting that our unanimous No. is now Usman. 1, as one first-place vote has gone to UFC middleweight champion Israel Adesanya.

We asked an anonymous voter for their reasons :

The truth is that this swap should have happened sooner. And honestly, I should’ve moved Usman down below Ngannou. The way I do my pound-for-pound ranking is basically via scoring system, taking into account their wins over ranked opposition.

Both Usman and Adesanya have four wins over top-5 opponents in their respective weight classes, but Usman’s other ranked wins are two over Masvidal, our No. 14 welterweight and one over Rafael dos Anjos, currently a top-10 lightweight. In contrast, Adesanya’s other ranked wins are two over Derek Brunson, currently a top-10 middleweight, and one over Kelvin Gastelum, a top-15 middleweight. I don’t dock Adesanya for losing up a weight class, especially since Usman hasn’t ever made the jump, and so everything stands pretty clearly in favor of Adesanya’s current strength of schedule.

Francis Ngannou is where I may have screwed up. He also has four top-5 wins (Ciryl Gane, Stipe Miocic, Curtis Blaydes x 2) and two top-10 wins (Jairzinho Rozenstruik and Alistair Overeem), plus a top 15 win (Junior dos Santos), but he also has two divisional losses, which I ultimately felt slotted him behind Usman. As I continue to refine my methodology, though, that may change in the future.

With Usman having cleared out his division and Ngannou on the shelf for the near future as he recovers from knee surgery, it’s Adesanya who next has the chance to strengthen his case when he presumably fights Jared Cannonier soon.

There was no change in the men’s Pound-for–Pound ranking for the month of March. But, don’t fault Marina Rodriguez.

The No. 14-ranked Rodriguez stayed busy in March, taking a fight against a tough opponent Yan Xiaonan, who had a lot more to gain with a win than Rodriguez. In the end, Rodriguez took a split nod, keeping herself in line to face the winner of the recently booked Rose Namajunas vs. Carla Esparza rematch that goes down at UFC 274 on May 7.

No. 20-ranked Seo Hee Ham also maintained her pound-for-pound status with a unanimous decision win over Denice Zamboanga at ONE Championship: X to put their controversial first fight behind her. Angela Lee, a popular Stamp Fairtex submissionist, defended her ONE atomweight title at the same event.

Lee remains outside, but she registered her votes along with four other members of the MMA Fighting Panel.

This month’s Pound-for–Pound matches feature two standouts from two divisions. 7 Jessica Andrade dropping back down to 115 pounds to fight Amanda Lemos and No. 12 Juliana Velasquez looking to stay undefeated as she defends the Bellator flyweight title against No. 17 Liz Carmouche.