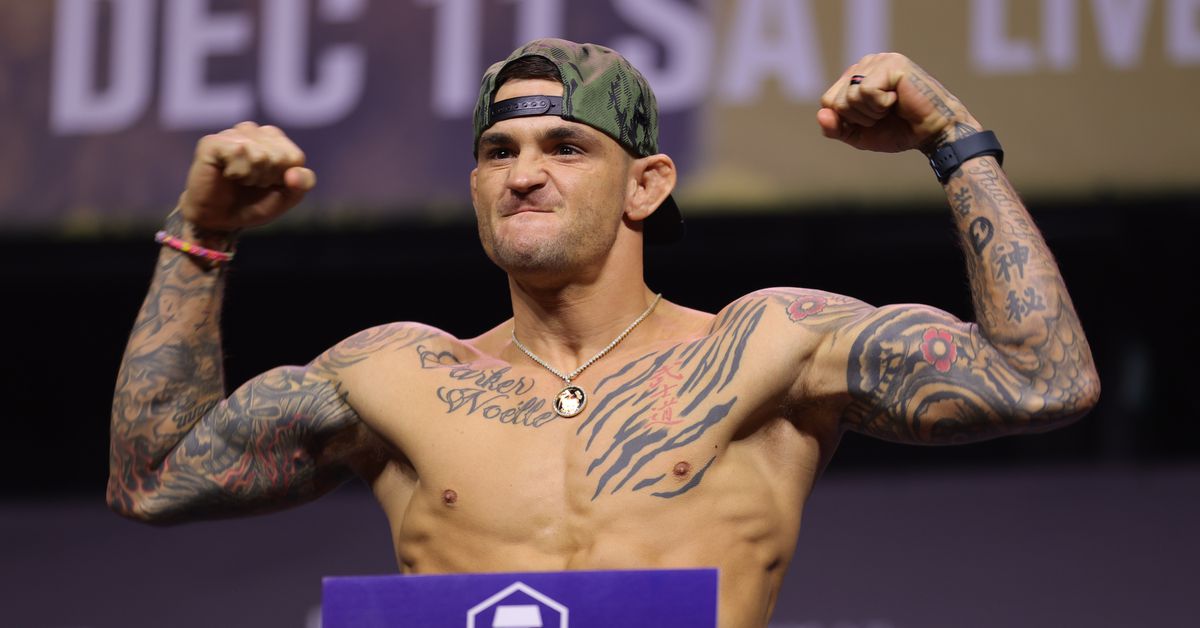 If Dustin Poirier is really considering a future at welterweight rather than lightweight, his head coach is 100 percent on board with the move.

Former WEC champion-turned-American Top Team coach Mike Brown has total faith that Poirier could not only compete at 170 pounds, but his body may actually be built for the bigger weight class. It may be odd to consider at this stage, as Poirier started his career in the UFC as a featherweight before becoming one of the best 155-pound fighters in the world, but Brown believes “The Diamond” has the size and power to give anybody problems if he makes the decision to start fighting at welterweight.

“He’s plenty big for welterweight,” Brown recently told MMA Fighting. It’s getting really difficult to make 155 because he is so big. I’m not certain. It’s possible he could become a more powerful welterweight than one who is lighter. He’ll be able to prove his worth in the future, but for now, he isn’t too small to be a welterweight .”

Poirier — No. 2 at lightweight in MMA Fighting’s Global Rankings — has floated the idea of fighting at 170 pounds for the past couple of years, but he’s appeared more interested in the idea since suffering a loss to Charles Oliveira in his latest bid to become the undisputed UFC lightweight champion.

Following that fight, the Louisiana native acknowledged that although his weight was down to 155 lbs, it wasn’t hard, but that the process of fighting at lightweight would be difficult moving forward.

” I don’t know if it’s going to be that cut again,” Poirier said to MMA Fighting in December. “I might never fight at 155 pounds again. The future is uncertain. It would have been possible to lose a couple more pounds. I could have come in at 152 on this fight. It was so easy that I felt amazing after the cut.

“But I don’t know if I want to go through that training camp again where I’m hungry everyday and competing in the gym and pushing myself on the low calories. It will be interesting to see what happens. I have no idea what will happen

Poirier is pushing for a fight with Nate Diaz. He’s been fighting at welterweight since 2016, including victories over Conor McGregor (and Anthony Pettis)).

He’s also been the subject of callouts by two-time welterweight title challenger Colby Covington, although Poirier threw cold water over that matchup on Saturday.

The Diaz fight may be the ideal entry point into a new division, if Poirier seriously considers moving to welterweight. But for the moment, he is awaiting news on his next fight.