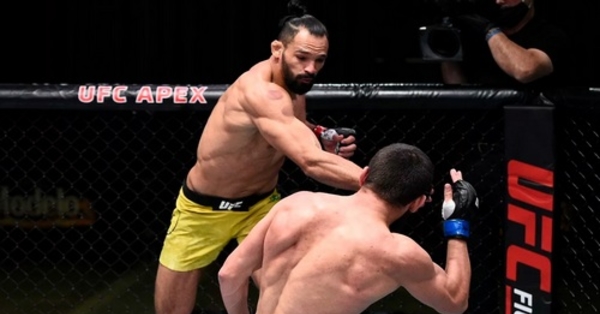 The fight ended with Pereira’s victory via submission in the third round after a successful choke.