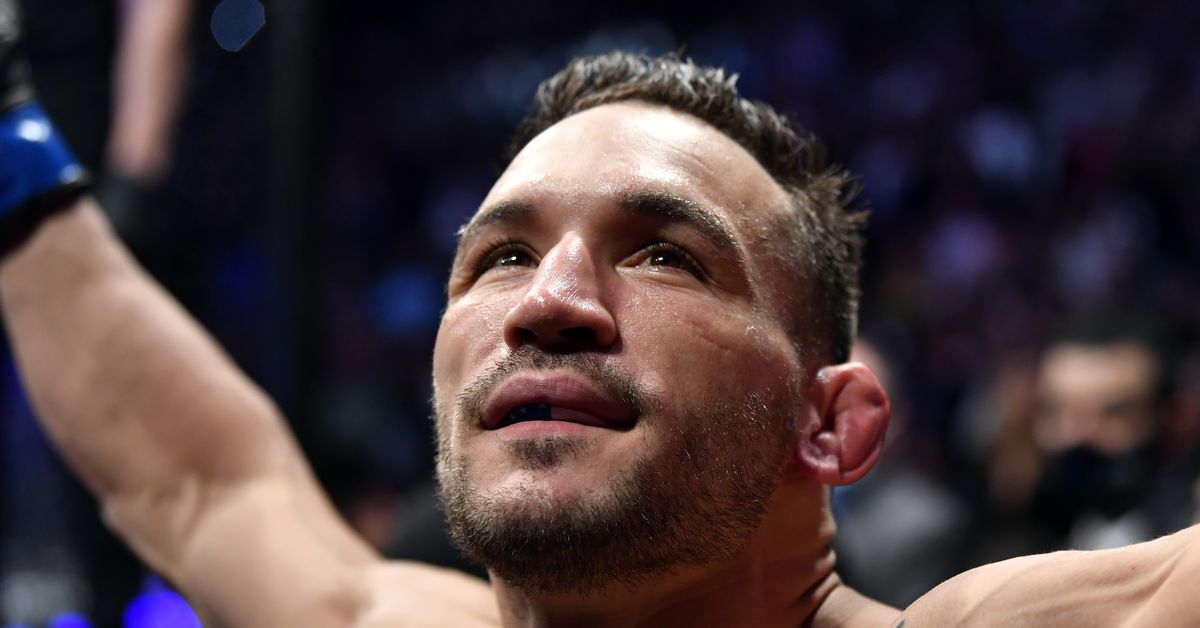 Michael Chandler has enjoyed nothing but massive fights since joining the UFC roster, but he’s still seeking an opportunity to face the biggest superstar of them all.

Just weeks away from his fourth appearance inside the octagon with a matchup against Tony Ferguson at UFC 274, the ex-Bellator lightweight champion hasn’t forgotten about his desire to eventually face Conor McGregor.

Prior the Ferguson fight booking was made, Chandler felt he was the best candidate to host McGregor’s return after his devastating leg injury in the last fight against Dustin Poirier. 2021. While Chandler is putting his full attention on Ferguson on May 7, he still has eyes on McGregor and the timing for his eventual return later this year.

“I want that Conor fight just for the magnitude of the moment,” Chandler told MMA Fighting. “Stepping inside that octagon and doing something really monumental and fighting him in front of all the mixed martial arts eyeballs. I mean eyeballs across the whole entire world. You don’t get a bigger platform than fighting Conor McGregor.

” That’s exactly what I’d love for, even if it doesn’t happen. But July [or] August would be great for me. After beating Tony in May I’ll take a break and recover before going back to the ring for another July [or] August fight. The timing works out perfect.”

During McGregor’s recovery, the Irishman has teased a comeback at multiple weight classes, including his most recent declaration that he is seeking a third UFC title with hopes that he can challenge reigning welterweight king Kamaru Usman.

It seems unlikely that this wish will come true, as Usman is already scheduled to take on Leon Edwards for his next title defense. Also, undefeated opponent Khamzat Chimiaev awaits.

A trilogy against Nate Diaz might also be enticing, but with only one fight remaining on his current contract, the UFC hasn’t been all that receptive about booking the Stockton, Calif. native in high-profile matchups like he would get with McGregor.

This is why Chandler believes he can provide McGregor with the challenge he needs to recover from an injury and bounce back after two consecutive losses.

“I think I’m a great guy for Conor,” Chandler said. “If he comes back and he doesn’t get that title shot, he’s going to have to go through somebody to get that title shot. I think I’m kind of that perfect guy right there, ranked about No. 5. He will be the winner if he wins over me. We’ll see.

“This is the fight business and it’s a business for a reason. Let’s see where the chips end. Conor is aware that I love fighting him. All I know about May 7, is I am going to put on an amazing performance. He has mentioned that he would love to fight me down the line as well, so we’ll see what happens.”

Outside of the fight itself, Chandler also understands that facing McGregor comes along with a whole other multitude of potential issues, because every time “The Notorious” competes, the entire world seems to be watching.

McGregor’s venomous trash talk is just one of many things that make him a well-known figure, particularly when he attacked the relatives of his past adversaries Poirier or Khabib Nurmagomedov.

Chandler has never really felt the need to engage in verbal warfare with his opponents, but he’s not afraid to battle with McGregor — or anybody else — on the microphone if it’s necessary. Chandler doesn’t think McGregor will try to take advantage of him, even if they are scheduled. He views this matchup as one that sells itself and has no need to make personal attacks to attract people to watch it.

” “That’s something you think about when Conor is fighting,” Chandler stated. I think Conor is the reason why men have lost to him, and not because Conor has the skill but because of how big the fight was, what the build up, trash talking, and all the energy that you expend other than fighting Conor. My gut says I don’t think Conor’s going to stoop that low with me.

“I think what happens is it just progressively gets lower and lower and lower as you stack on insults and personal insults and personal digs. I’m obviously never going to personal with a fighter. Conor wouldn’t go that far, I think. I think Conor would trash talk and build a fight, hype the fight, try to get in my head of course, but I’m very confident in my ability to withstand that. Not just withstand that but fire back in an intelligent manner.”

During his rise to stardom, McGregor was relentless with his verbal assault on opponents, but was also specific about the kinds of insults he would use to go after somebody.

It wasn’t until more recently that he started to involve wives, children, and the families of the fighters he’s preparing to face. Even Chandler has noticed the change in McGregor’s demeanor, but he’s still not going to lose any sleep over what’s being said ahead of a fight.

” One of Conor McGregor’s greatest assets was his garbage talk. It wasn’t just insults to individuals,” Chandler stated. It was intelligent, calculated and research-rich. You could tell the man did his research whenever he was going to attack somebody. It was a beautiful thing to see, whether he attacked their fighting styles or their positive and negative attributes.

” I would definitely be up for it. Conor McGregor would consider me a man who is completely fine with me getting in a linguistical Jiu-jitsu fight, even if it was a bit more than that. But that’s .”