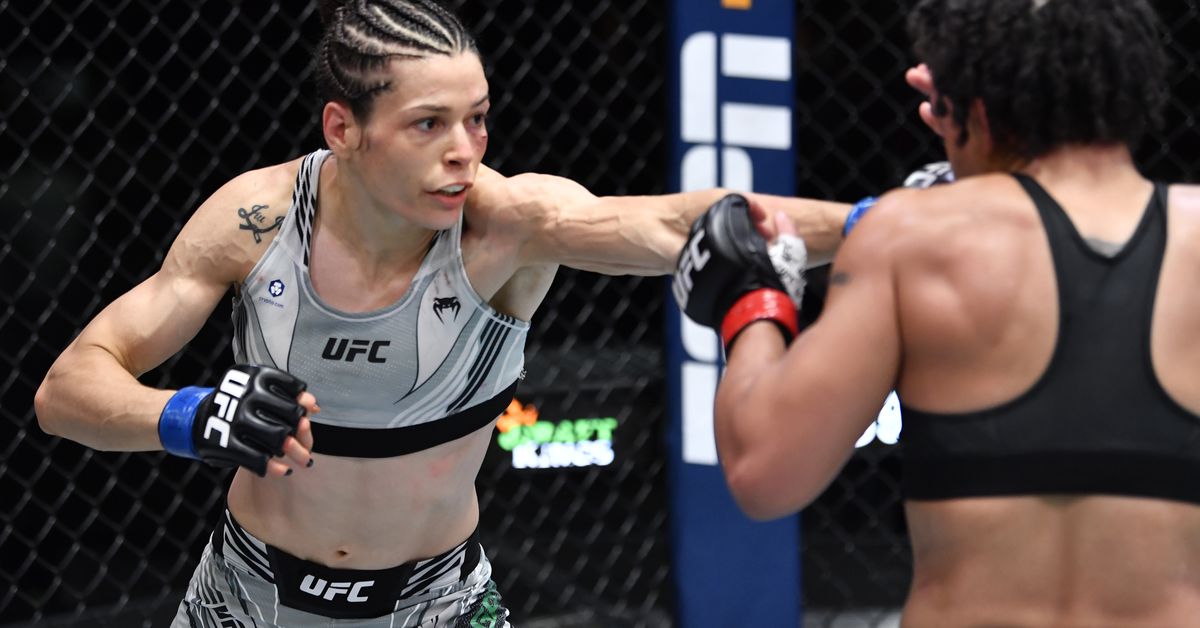 Tracy Cortez and her UFC 274 opponent Melissa Gatto are undefeated inside the octagon, but Gatto, whose MMA record registers no losses in 10 professional appearances, is out to prove she’s the future of the flyweight division.

Riding a two-fight winning streak in the UFC with stoppages over Victoria Leonardo and Sijara Eubanks in 2021, improving to 8-0-2 in the sport — a run that also includes a first-round submission over future UFC bantamweight Karol Rosa –, Gatto believes she’s about to derail all the hype surrounding Cortez.

“She is a popular Instagram user and there’s a lot of hype about her from UFC fans,” Gatto stated in an interview to MMA Fighting before Saturday’s fight in Phoenix. “She will be under a lot more pressure than me. She’s fighting at home. I just want to go there and once again show my work and show everyone I’m no hype, I’m real.”

Born in Phoenix and now training with former two-division UFC champion Henry Cejudo in Scottsdale, Cortez definitely has the home turf advantage at UFC 274. Gatto believes it will be more weight than Cortez, and added pressure, “especially since she hasn’t fought for a while .”

“She’s coming off three wins [in the UFC] and has all this hype over her, everybody thinks she might be the next champion,” Gatto said. I leave the [pressure] to her .”

The 26-year-old Brazilian promised fans can expect a grappling showdown since “we’re both grapplers.” However, she said, that might leave to a kickboxing contest Saturday night. Either way, Gatto predicts “a fun fight to watch” for how long it lasts and hopefully ends with another $50,000 check in her pocket for one of the best performances of the night.

“I will [stop her], for sure,” said Gatto, who was gifted a bonus for her body kick knockout over Eubanks. I don’t fight for three rounds. As I always say, I don’t like to go the distance, I always like to finish my fights early, by knockout or submission. I trained really hard for this.

“I’d like to fight at least three times this year. I’m 100 percent focused on this fight and bringing the victory home, and then fight two more this year and slowly but steadily climb the ladder in the UFC.”