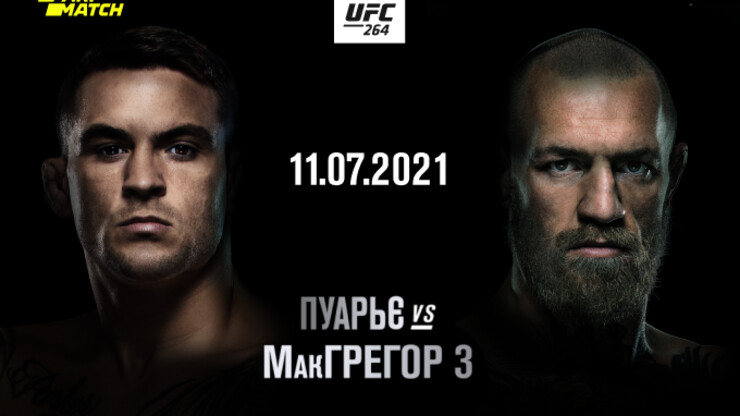 The fight will take place on July 11

On the night of July 11, as part of the UFC 264 series of fights, the legendary Conor McGregor will fight the third fight with Dustin Poirier. The Parimatch Ambassador, who recently renewed his contract with the brand, is determined to take revenge and this fight is eagerly awaited by all MMA fans.

Recall that for the first time McGregor and Poirier met in 2014, then the Irishman won by knockout in the first round. Their next fight took place in January of this year, Parimatch analysts gave Conor 70% to win, but he lost by technical knockout in the second round. Now the chances are estimated almost equal, 52% versus 48% in favor of Dustin. This fight will not be a title fight, but given the opposition of the fighters, there is no doubt that none of them will lack motivation.

Even before the previous meeting, many noted that Porrier is constantly adding. He, like Conor, prefers to fight in the stand. However, recently Dustin began to devote a lot of time to wrestling and, after a series of blows, sometimes tries to transfer the opponent to the ground. True, these skills are unlikely to be enough to surprise an experienced McGregor. But in the stand, Dustin has already shown his skills, apparently, he will try to get victory in the same way.

Another question is that although Porrier is a strong-willed fighter, he is hardy, but he misses a lot. This can become a very serious problem. Dustin is also likely to look much fresher in the later rounds if it comes to that.

Considering how much is at stake for this fight, it can be assumed that Poirier will have a very difficult time. McGregor is energized to win like never before. Although he is restrained in his statements, he has already made it clear that he will do everything to take revenge. Probably, the beginning of the fight will turn out to be very hot, and the fans will discuss the fight for a long time.