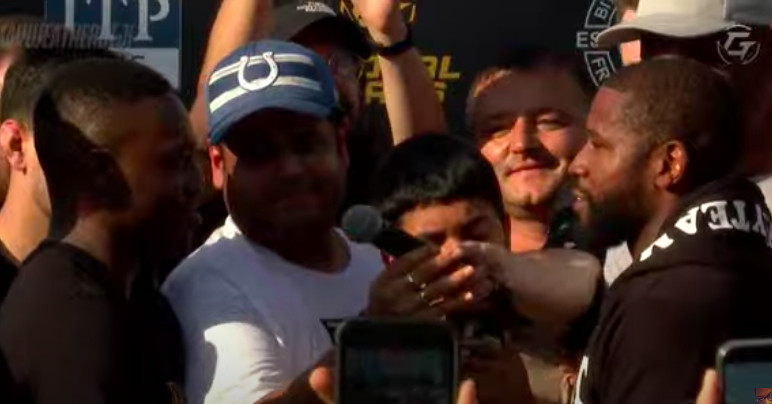 Deji won’t be the only fighter on the Mayweather vs. Deji fight card to have a sizable weight advantage on their opponent Sunday.

Mayweather, 45, fights in his fifth exhibition bout since retiring from professional competition in August 2017 after defeating Conor McGregor to improve to 50-0. This marks the former boxing champion’s third fight of 2022 following meetings with former training partner Don Moore in May and RIZIN star Mikuru Asakura in September. Asakura was defeated by Mayweather in the second round via TKO.

Deji, the younger brother of fellow YouTuber-turned-boxer KSI, competes in his first exhibition bout. The 25-year-old was victorious in his pro debut this past August, finishing Fousey by third-round TKO.

“It shouldn’t be a knockout when you don’t make weight. This is a pain. It’s about seven pounds too much. I would like the whole world to find out. Everyone is going to find out,” Bamba said to Fury at weigh-ins.

The Bamba vs. Fury fight was to take place at light heavyweight.

Check out Mayweather vs. Deji weigh-in results below.