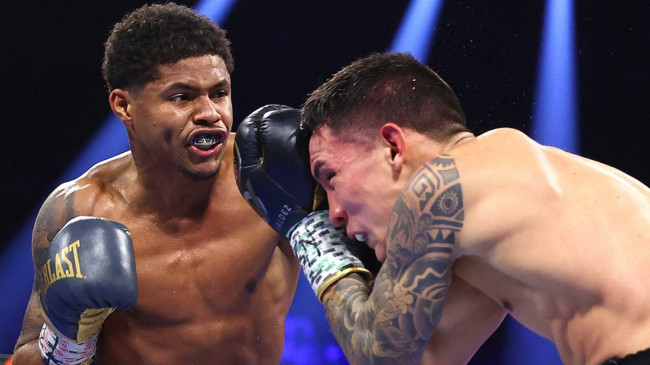 Pundits and fans believe that he was Stevenson’s only worthy rival in the division. Apparently
Mayweather thinks the same, invites Shakur to climb higher: “He has many challenges. But I am sure that in the next division he will need to reach a new, even higher level. Ryan Garcia, Devin Haney, “Rolly” Romero, “Tank” Davis will be there.”

“Who will be the most dangerous opponent for Shakur in the division? Mayweather thought. “Tank, I guess. After all, he has one-hit power. I’m not saying he’s better or more technical. But when it comes from such a puncher, it is not known how it will end. Only he has it. Other fighters in the division don’t have that factor.”

Stevenson brashly commented on his victory: “I beat Valdez, Canelo and Reynoso.” We have hit statistics from this fight, photos of referee cards and videos of the best moments of the fight.