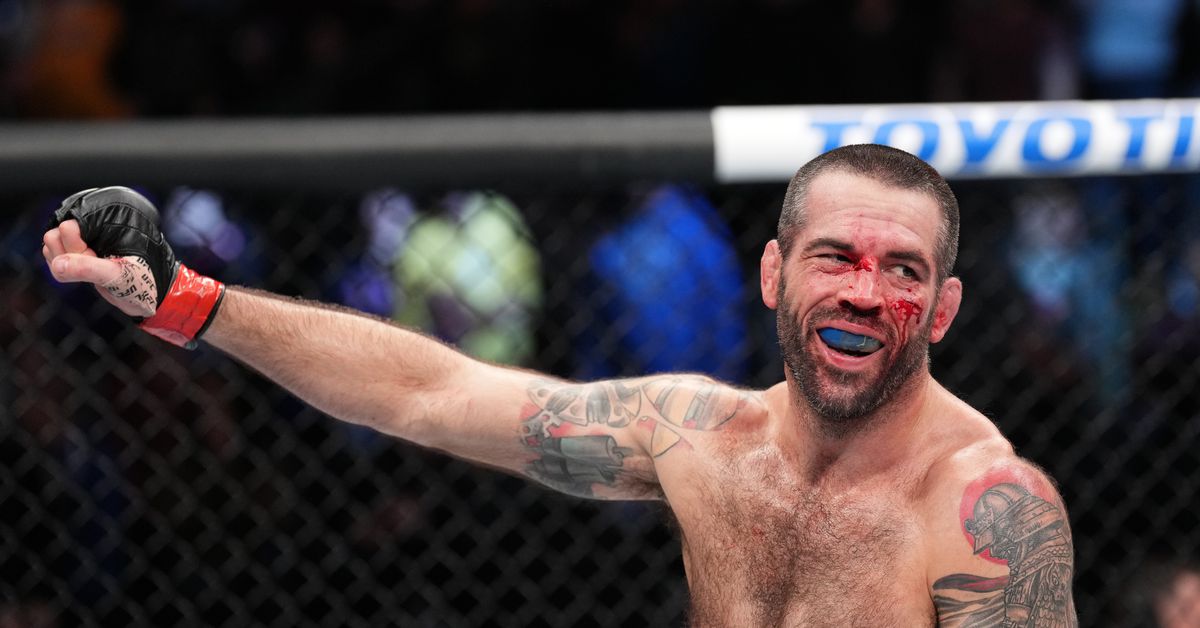 Matt Brown admits he might do things differently if he could go back to the third round of Saturday’s grueling battle with Bryan Barberena.

In the UFC Columbus featured welterweight fight, Barberena won a split decision win in the Fight of the Night. This put a damper upon Brown’s homecoming celebrations.

Brown was transported to a local hospital after the bloody war with Barberena and didn’t get the chance to speak with reporters backstage. However, “The Immortal” took to social media to give his reaction to the fight.

Thanks to everyone for all the support. Felt like I won the first two rounds so held back in third. It was a big mistake. Big respect to Barberena he’s a real fucking soldier

“Thanks to everyone for all the support,” Brown wrote. It felt like I had won two rounds, so I held off in the [the] third round. It was a big mistake. Barberena deserves a lot of respect. He’s an real f soldier HTML1.

He later revised his performance and gave Barberena more credit.

Ok after rewatching I def didn’t hold back in 3rd rd. In my head I was lol

Brown is now 1-3 in his recent appearances, with the victory coming via second-round knockout against Dhiego Lima at UFC Vegas 29 this past June. The 41-year-old was looking to tie Derrick Lewis for the most career knockout wins in UFC history, entering the fight with 12.

As far as Barberena goes, he completed his most recent contract with the promotion and hopes to be re-signed. If the UFC opts not to do so, “Bam Bam” says he will likely retire from the sport.