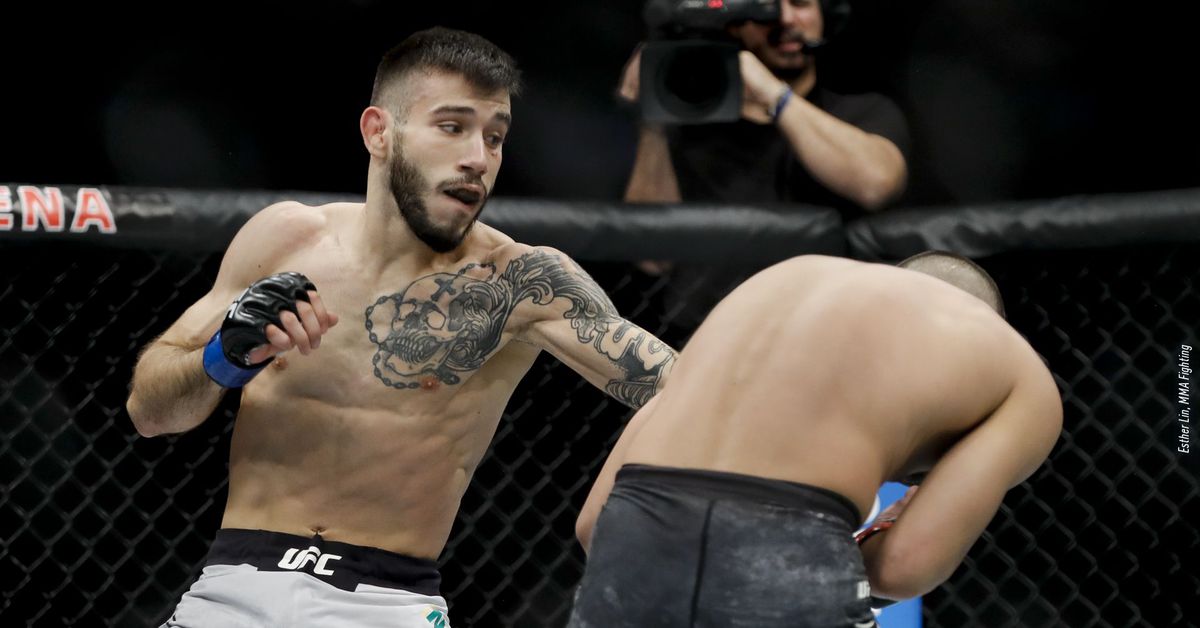 Matheus Nicolau is taking a page out of Francis Ngannou’s book.

Two months after the UFC heavyweight champion announced he would “take half my UFC 270 purse in bitcoin,” Nicolau has decided to do the same with his UFC Columbus pay. Nicolau, 2-0 in the UFC so far, faces David Dvorak in the preliminary portion of Saturday’s show in Ohio.

“That has gotten my attention some time ago,” Nicolau said of bitcoins during an interview with MMA Fighting. You know the struggle of being an athlete, particularly in MMA. We have to prepare for the future. I’ve always thought about starting my retirement plans and thing like that.

” With so many things going in the world (wars, high inflation, etc.), I was speaking to some economist friends about bitcoins. They talked with me about how it has grown and the graphics are good, despite the recent decline. I think bitcoin is one of the coins of the future and I wanted to start soon.”

Nicolau, 17-2-1 as a professional MMA fighter, said he has partnered with Bitwage to “stay away from the frauds” and “put part of my purse in bitcoins, already thinking about my retirement.”

“I will take some money because I have bills and do things, but I am taking part in bitcoins. A share that I won’t use [right now], to fund my retirement in future .”

Nicolau isn’t letting go of his dream to have a better life after retirement. At 29 years of age, the Nova Uniao flyweight said he got “beat up a lot” in his camp for UFC Columbus, “the best way to prepare for big challenges.” Dvorak, 3-0 inside the octagon and unbeaten in his last 16, hasn’t lost in nearly a decade.

“This fight is worthy of the top-10 of the division,” Nicolau said. “Dvorak’s toughness is what I consider my most difficult challenge right now, and I’m eager to take on this challenge to move closer to the top .”

Nicolau was a competitor on the fourth season The Ultimate Fighter Brazil . He was defeated by Dustin Ortiz in 2015. Nicolau was able to win decisions in 2021. over Manel Kape, Tim Elliot and others at the UFC.

” Every opponent has its own unique and special complexities,” he stated. “Some will be more explosive, stronger, others will be trickier, more complicated, like Tim Elliot, for example, who’s very awkward and hard to read. David also has strong weapons.

” He knows how to fight, doesn’t make many mistakes and has a positive spirit. He’s strong, too, and has finishing power. I’m aware of the things he can do and I’m well-trained to match that really well with my game. I will find the hole and win .”

Nicolau wants to secure his first finish inside the octagon since a Japanese necktie submission over Bruno Korea in 2015, and thinks this fight has everything to be bonus-worthy.

“My focus is on winning, getting out with my hands raised, but coming out with my first bonus in the UFC wouldn’t be that bad.” Nicolau said. “Winning this fight and winning it well, I’ll move a few steps up the ranking and hope to face a top-5 opponent next. I’ll keep winning and getting closer to the top.”