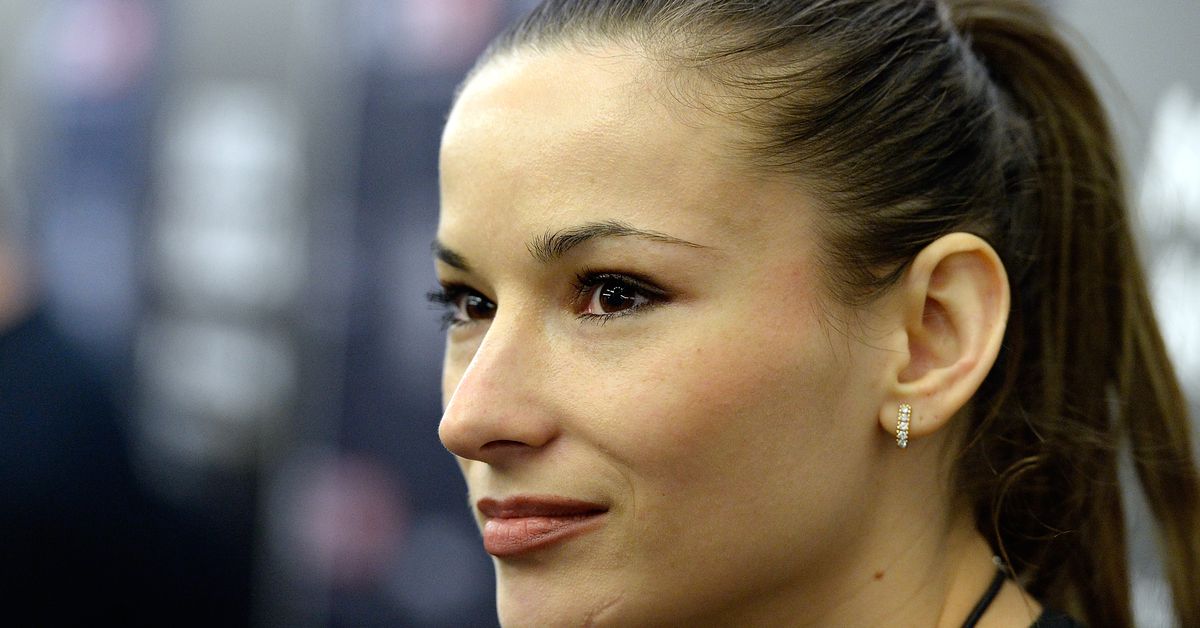 For the first time in two years, Maryna Moroz will compete inside the UFC octagon — and she will do so against a bitter rival.

Moroz faces former teammate Mariya Agapova at UFC 272. The event takes place March 5 at T-Mobile Arena in Las Vegas. The rivalry between Moroz and Agapova has grown very personal over the last year, with things said in the media and social media leading to a post-fight callout.

No matter how much time it takes, Moroz always has a prediction for her opponent.

“Before the fight, [Mariya’s] head will be potato,” Moroz told MMA Fighting. “After fight, her head will be mashed potato.”

This past July, Moroz spoke with MMA Vestnik and accused Agapova of drug abuse, dangerous behavior, and making threats against teammates at American Top Team. Agapova’s manager Alex Davis denied the allegations and said the Dana White‘s Contender Series alum was dealing with “anxiety attacks,” which led her to get the appropriate help.

Moroz has had multiple fights booked since defeating Mayra Bueno Silva in her most recent appearance in March 2020, but she has be forced to withdraw from all of them. Moroz told MMA Fighting those fallouts stemmed from not being able to obtain documents in order to travel from her native Ukraine.

Following Agapova’s third-round submission in over Sabina Mazo at October’s UFC Vegas 39 event, Agapova called out Moroz. Moroz began to work on the paperwork shortly after. This was something Agapova didn’t expect.

“I said every day, ‘Please give me documents, I need documents, I want this fight,'” Moroz said. “I think she knew I didn’t have documents. “Let’s fight,” she was muttering. She said, “You’re afraid, but you don’t want fight.” But she also knew that I did not have any documents and thought this fight [wouldn’t be made].. But the UFC gave me this fight, [helped me] get documents, so I’m happy.”

In regards to Agapova’s performance overall in her victory over Mazo, Moroz wasn’t all that impressed. She said she hasn’t seen any evolution in Agapova’s game since they trained together at ATT. She thinks the outcome of the fight had more to do Mazo’s struggle to reach the scale than it did with the actual fight in the octagon.

“I fought Mazo, and she’s a strong, big girl, but I know sometimes Mazo has a problem cutting weight, and I think that was a big problem with Mazo,” Moroz said. Agapova showed the same [things] as she did in ATT. She will run and she won’t pressure her. Instead, she runs to get to her butts on the cage.

“She doesn’t have good jiu-jitsu. I trained with her, she has some good defense, but I didn’t see good level jiu-jitsu. Mazo missed a punch [and got dropped], then got choked. I can’t say it was a good fight. It was a fight, but I didn’t see [anything] high-level. When I fought her, she was a very dangerous girl. [She brought] a lot of pressure, it was one of my hardest fights in the UFC, but this was terrible. Her punching is very intense, she kicks hard and kicks high. But I’ve prepared for everything for this fight. She will have a surprise [coming to her].”

While the fight will be a personal one for both competitors, Moroz is more focused on the fact that she’s finally going to be able to return to the octagon in hopes of extending her winning streak to three fights.

For those who expect a burial of the hatchet after the bout, Moroz says that he doesn’t think it will happen.

“This fight, for me, it’s more about [being] back,” Moroz explained. “I want to be in the top 15, and this fight, I want to show my level and after this really face really tough fighters.

” But we won’t be friends. She is not a friend of mine. Friends who are intelligent, kind, and elegant and not focused on getting noticed are my friends. She says, “Look at me,” but she seems afraid [of this fight].. She posts every day and talks, talk, discuss. ‘Maryna, fight me underground in Miami,’ but she’s training at UFC [Performance] Institute. We’ll never be friends.”