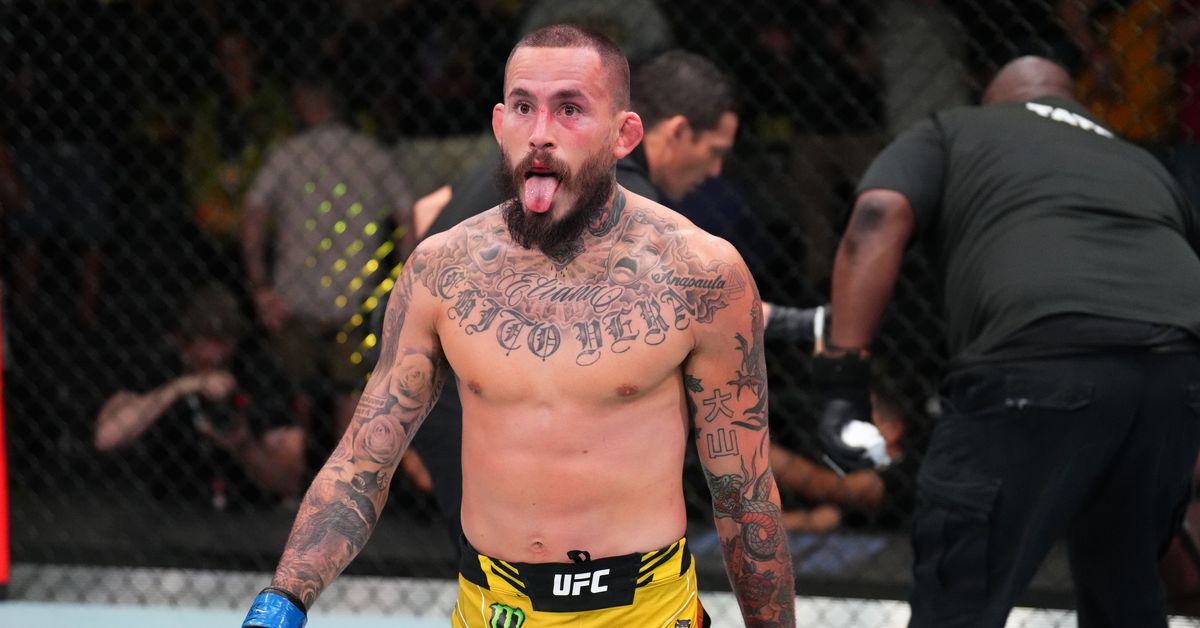 Marlon Vera has now put two top-tier bantamweights on his list of victims. But after defeating Rob Font at UFC Vegas 53, he wants another crack at the last man to defeat him: Jose Aldo.

Vera called for a rematch with the former featherweight champ – now a bantamweight contender who’s called for the next shot at champ Aljamain Sterling – at the press conference following his unanimous decision win over Font on Saturday in Las Vegas.

“I would love to fight Aldo again, and especially in a five-rounder, just because he declined a five-rounder when we fought last December,” said Vera, referring to a December 2020 loss to Aldo in the co-headliner of UFC Vegas 17. He would be a great opponent. If we have a match, I’ll finish him again. .”

Aldo won two of three rounds on all judges scorecards in his meeting with Vera, which marked the first of a three-fight winning streak at 135 pounds capped by a decision over Font in Aldo’s most recent appearance this past December.

If dominance was measured in damage, Vera unquestionably beat Aldo in a head-to-head comparison of victories over Font. After five rounds, Font’s face was bloodied and heavily swollen after taking several concussive shots that almost produced finishes at the end of Rounds 2 and 3.

“I picked him apart and I hurt him,” Vera said. I was very close to throwing him out, but it’s important to remain calm. Sometimes people become too obsessed with hurting their opponents and end up gasping for air. You’ve got to be smart in the long run. … He was talking a little s*** like he was too good, or too technical, so now he sees what’s up.”

Unlike his bout with Aldo, Font missed weight for Saturday’s contest, coming in 2. 5 pounds over the non-title bantamweight limit. Vera accepted 20 percent of Font’s purse as a penalty, but he never considered declining the bout.

“Some 35ers should fight at 145, but it seems like they don’t have the balls to do it,” Vera said. They know how to reduce weight and they don’t mind it. But I believe cheating is equally as bad as big weight reductions. So I am a man who keeps my weight at [152, 155 pounds],. This is because I train year round. If you’re not consistent enough, it will catch up to you one day, and we saw that tonight.”

Vera was unable to finish the job he wanted, but he promised to return to the gym next week to continue to refine his strategy for the next opponent. Whether it’s Aldo or another top-ranked opponent, he vowed to get a quicker start next time around.

Vera, however, proved himself the better man against Font and had no doubts the scores would reflect that at the end of 25 minutes.