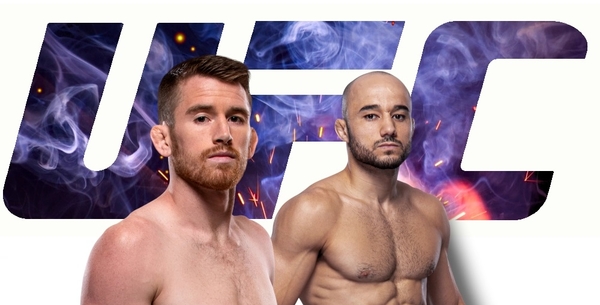 This coming weekend, on the night of Saturday to Sunday, the UFC will hold its tournament for the third time in a row on Yas Island, in Abu Dhabi (UAE). In the main fight of the UFC Fight Night 179 card, fans will probably see a fight for the title of contender # 1 for the title.

In the main event, #1 UFC Bantamweight Moraes will take on #3 #3 Sandhagen. Whoever raises their hand after the fight will then have an extremely high chance of fighting the winner of the Petr Yan-Aljamain Sterling title fight.

Former WSOF champion Moraes won four fights in a row, defeating such strong fighters as John Dodson, Aljamain Sterling, Jimmy Rivera and Rafael Assuncao, and earned the right to compete for the UFC bantamweight title. In June 2019, he teamed up with UFC flyweight champion Henry Cejudo to contest the title. Cejudo was more successful, knocking out the Brazilian in the 3rd round. In December, Moraes closed the gap by beating compatriot José Aldo on points in a competitive battle.

Sandhagen started his UFC career in early 2018 with five wins, including wins against John Lineker and Raphael Assuncao. However, in June at UFC 250, Aljamain Sterling ended his streak with a rear naked choke in less than a minute and a half.

Both rivals are somewhat similar. Both profess a striking style and have good grappling skills. But Moraes, unlike Sandhagen, has a really knockout punch and is stronger in BJJ, owning a black belt in this martial art.

Moraes can miss and be knocked out. Of his six defeats, he lost three times by knockout and twice by submission. But as mentioned above, Sandhagen is not a puncher and loses to the Brazilian on the ground, which makes him a relatively convenient opponent for Moraes. We predict that the threat of takedowns for Sandhagen will help Moraes better open up the opponent for his “bomb”.

Moraes wins by knockout in the 1st round