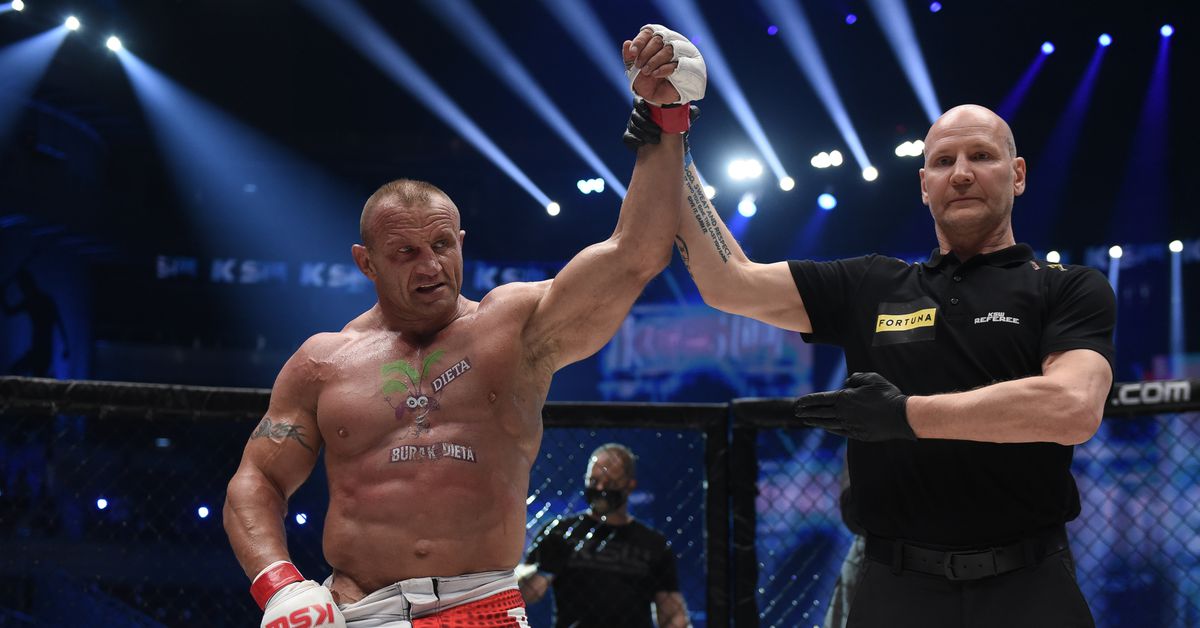 Mariusz PUDZIANOWSKY is undoubtedly KSW’s most well-known name. However, he doesn’t feel any pressure going into the greatest fight of his career.

The legendary Polish strongman headlines KSW 70 this Saturday in Lodz, Poland, and standing opposite him will be a decorated athlete in his own right, former middleweight champion Michal Materla.

Materla will be going up to heavyweight to meet Pudzianowski, but given that he’s faced a considerably higher level of competition in his career than “Pudzian,” he’ll head into the marquee matchup as the favorite. That’s fine with Pudziankowski, who sees the opportunity as a win-win regardless of the outcome.

“Michal has more to lose than me,” Pudzianowski said on The MMA Hour. “Michal has to win and I only have to go there and have fun and I have to show a good fight and show people what I’m capable of. However, Michal must win this fight .”

KSW ‘s Status with Pudzianowski is undeniable. He was an integral player in the promotion’s growth to fame, fighting first at KSW . Expectations were sky high for the multiple-time World’s Strongest Man champion and he delivered with a 43-second knockout of Marcin Najman.

Pudzianowski asserts that KSW officials had originally to borrow money to sign him. However, his compensation has been fair in all the 13 years he competed for the Polish organisation.

“I never thought to work for other organizations, but for years I had a lot of propositions from a lot of other companies,” Pudzianowski said. KSW is able to pay me what I need. There’s no question, KSW .”

Should Pudzianowski beat Materla Saturday, it would be his first defeat of a fighter with a previous major title. Pudzianowski fought Tim Sylvia (former UFC heavyweight champion), but lost in round two to “The Maineiac”.

Pudzianowski turned 45 in February and regardless of how his clash with Materla goes, he’s not contemplating retirement even though he’s more than satisfied with how his unexpectedly successful fighting career has gone.

” I’m not currently thinking about it,” Pudzianowski stated. “I want to do it as long as I would have fun. So right now I don’t have any kind of date, I just want to do it. I could quit in a moment anytime because I don’t have to do it, but I still have fun out of it, so there is no discussion right now.”

” As an athlete, you have done everything,” Pudzianowski added later. “I don’t have anything more to prove. “I don’t have any more to lose. I had a good career. I have a lot of money, so I want to have fun, I want to be healthy, and I want to train hard because this is what I like.”