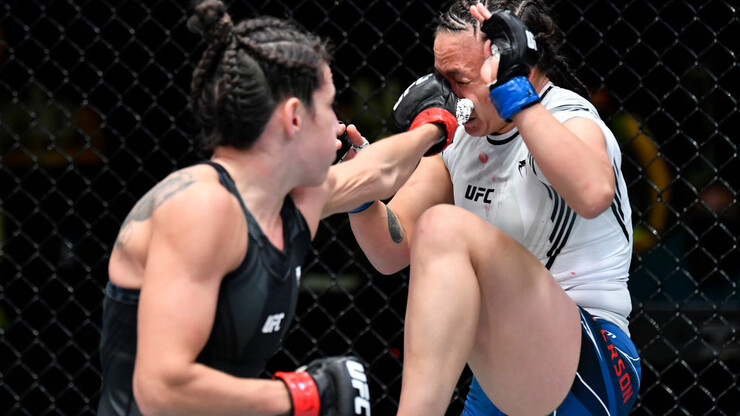 Watch the main fight video at UFC on ESPN 24

On the night of May 8-9, Enterprise, Nevada hosted the UFC on ESPN 24 mixed martial arts tournament.

In the main battle of the tournament, Marina Rodriguez from Brazil and American Michelle Waterson met.

Athletes spent most of the fight in the standing position, trying to break through each other’s defenses from time to time.

Rodriguez had the advantage, and the American sometimes had difficulty fighting off the attacks of her opponent. In the fourth round, Waterson knocked Rodriguez to the floor, but failed to capitalize on it. The last round was held in a stubborn struggle, and in its ending Rodriguez went on the attack. However, Waterson persevered and did not hide her joy about this.