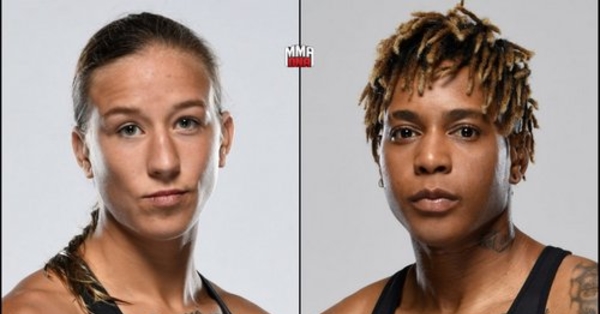 On the night of August 22-23, Las Vegas (Nevada, USA) will host the UFC on ESPN 15 mixed martial arts tournament.

Agapova, the women’s flyweight fighter from Kazakhstan, will fight her second fight in the promotion, facing Dobson, who has four UFC fights under her belt.

Agapova managed to grab the attention of UFC scouts with two quick finishes at Invicta FC in the fall of 2019. She quickly made herself talked about after her debut in the octagon. At UFC on ESPN 10 in June, she looked great against Hannah Sifers, eventually finishing her opponent with a rear naked choke in less than three minutes.

Dobson is a frank underdog of this couple. The American got into the UFC after participating in The Ultimate Fighter 26 in 2017, where she lost her only fight to Roxanne Modafferi. After a successful debut in the promotion with a knockout victory over one Ariel Beck, Dobson lost to Lauren Muller, Sabina Mazo and six months ago by knockout in 40 seconds to Priscila Cachoeira.

On paper, this looks pretty simple. Dobson has looked terrible in her last three bouts, losing them unilaterally. Agapova, at 23, is still quite “green”, however, Dobson looks like an easy rival for her. The American just doesn’t have enough wrestling skills to get past Agapova’s wobbly takedown defense. And the physical strength to counter her in exchanges.

Agapova’s aggression and power should lead to her comfortable victory. The only question is how and when it will happen. We bet that Dobson will be hammered.

Agapova’s victory by knockout in the 2nd round