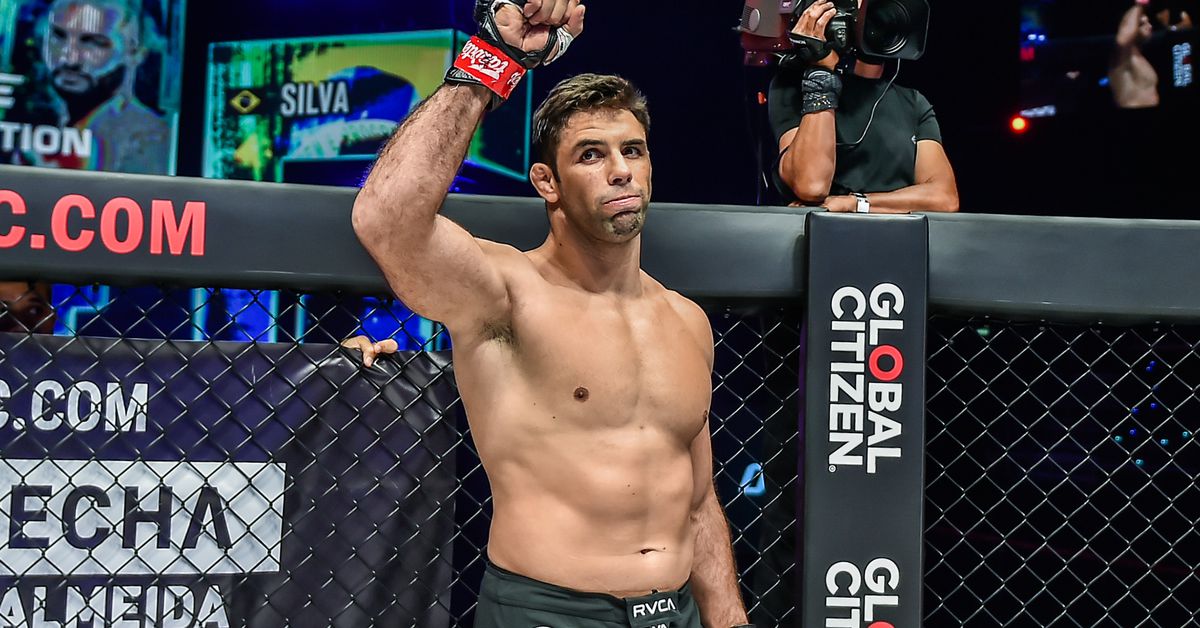 Jiu-Jitsu icon Marcus Buchecha will no longer compete at Friday’s ONE Championship event in Singapore after several opponents have withdrawn from the show.

ONE announced on Thursday morning that Buchecha’s match-up with fellow Brazilian heavyweight Hugo Cunha has been “postponed” due to COVID-19 protocols.

Multiple people close to situation told MMA Fighting that Cunha tested positive weeks ago, and ONE had found a replacement to meet Buchecha on May 20. The new foe also passed COVID -19..

ONE officials have confirmed that Buchecha will be back in action at ONE 158,, which takes place in Singapore on June 3, to take on a yet to be determined opponent. Cunha will not be available for fight that day.

A multiple-time world champion in jiu-jitsu and grappling, Buchecha has had multiple fight cancellations since making his transition to MMA, including several bouts with “Reug Reug” Oumar Kane that fell through. He has entered the ONE cage twice, submitting Anderson Silva as well as Ji Won Kang in under three minutes.

Check the updated ONE Championship 157 card below.