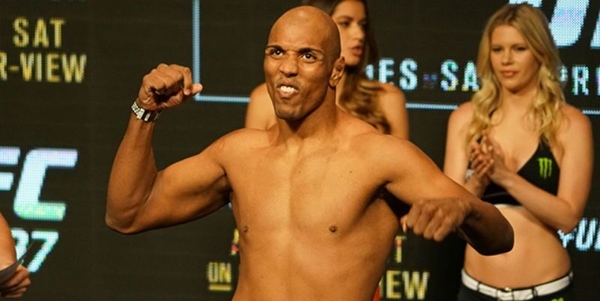 One of the card’s earliest fights will feature an intriguing showdown between UFC rookie Moldavian heavyweight Romanov and seasoned Brazilian De Lima.

De Lima, after two consecutive unsuccessful attempts to fit into the light heavyweight limit in 2018, returned to heavyweight, and has since marked victories over Adam Wichorek and Ben Sosoli, losing to Stefan Struve.

Romanov won ahead of schedule each of his 11 fights (5 by knockout, 6 by submission), in 9 cases the fights ended in the first round.

De Lima is a famous finisher: out of 17 victories, 12 by knockout and 3 more submissions. He has a truly terrifying punching power that Romanov may not have encountered yet. But on the other hand, the Brazilian “Bigfoot” is obscenely helpless on the back and has a terrible wrestling IQ. If Romanov is on top, it will not be difficult for him to finish the finish line.

De Lima has a chance in the first minutes of the match to cut down the opponent and then, if necessary, finish him off on the surface. But we are more inclined to another option. Romanov, who has an advantage in size, will press him to the net, throw him on his back, and there he will either score with blows or strangle him.

Romanov’s victory by submission in the 1st round