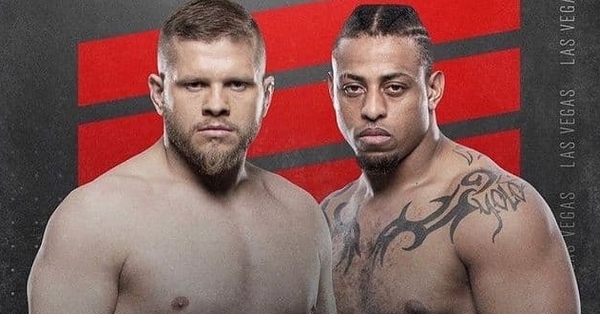 On the night from Saturday to Sunday in Las Vegas (Nevada, USA), the final UFC tournament in 2020 will be held at the UFC Apex home mini-arena. UFC Fight Night 183 (or UFC Vegas 17) does not have any really big names on its card, but it is one of the deepest promotional events in recent times with 13 scheduled fights.

The heavyweight fight between Tybura and Hardy promises to be interesting, which will open the main card. Tybura managed to save his UFC career this year and rise from the ashes. Between November 2017 and September 2019, he lost four out of five meetings, three of them by knockout. After being knocked out by Shamil Abdurahimov and Augusto Sakai, Tybura kicked off 2020 with a win over Sergei Spivak in February, saving himself from being fired. In July, the Pole passed Maxim Grishin, and in October he defeated Ben Rothwell. All three wins in the series were by unanimous decision.

Former NFL player Hardy rebounded from last year’s loss to Alexander Volkov in May with a convincing decision win over Yorgan de Castro. And in October, Hardy knocked out Maurice Green in a round and a half.

Tybura is a very good grappler with decent kickboxing skills. He can win early both standing and on the ground, but still tends to be more comfortable downstairs. His opponent has no striking or grappling base, Hardy relies on his size, physical strength and knockout punch.

If Tybura manages to withstand Hardy’s flurry of attacks in the first few minutes of the fight, then in the future he has everything to build up his advantage, and eventually submit the former football player or bring it to his comfortable decision victory