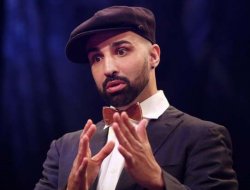 Former world champion, boxing expert Paulie Malignaggi called on the undisputed super middleweight champion (up to 76.2 kg) Mexican Canelo Alvarez (58-2-2, 39 KOs) to stop saying that he would not fight his compatriots – in particular, the ex-champion David Benavidez (26-0, 23 KOs) – since there are already similar precedents in his track record.

In particular, the fight against Julio Cesar Chavez Jr. in May 2017, which Alvarez won by a crushing decision.

“It’s a little weird not to fight a Mexican,” Pauley notes. “You guys know better than me, but isn’t Julio Cesar Chavez Jr. Mexican? So he sucks! Canelo fought him because he (Chavez) sucks! So when other Mexicans know how to fight, you don’t want to deal with them? Find a better excuse for yourself, or don’t be offended by criticism. If you don’t want to fight him, find another reason to do so.”

“There are no problems, fights are not always organized, and Canelo is a great fighter who does not have to fight everything. But don’t make excuses like that, bro. You have Chavez Jr in the record!” – deftly caught Alvarez in the double standards of Malignaggi.

It is believed that Benavidez will finish with Canelo Alvarez in 7 rounds.