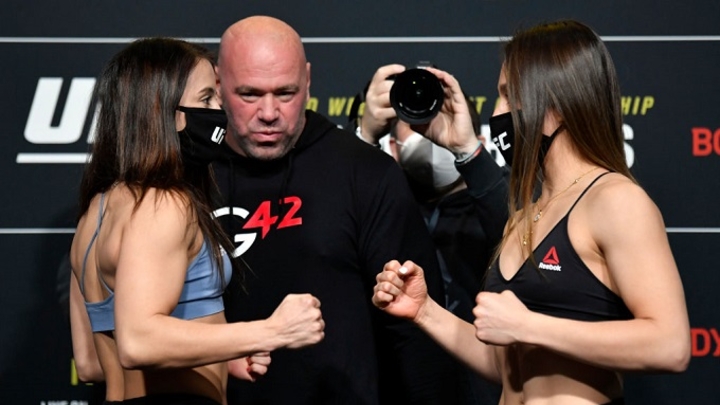 Almost all the attention of MMA fans at the UFC 258 tournament is focused on the welterweight championship fight between Kamaru Usman and Gilbert Burns. But let’s take a look at the main clashes that will open for the two this coming Sunday at the UFC Apex in Las Vegas, Nevada, USA.

The co-main event of the tournament will feature two women’s flyweights Barber and Grasso.

Barber is back from her only career loss, which she suffered in January 2020 in a sensational unanimous decision to Roxanne Modafferi. Prior to that, Macy won three fights in the UFC by knockout.

The once-big prospect Grasso holds a record in the UFC of 4-3. She fought her last fight in August, starting her flyweight career with a unanimous decision victory over Kim Ji Yong.

Barber is an aggressive karateka with a decent punch that skillfully defends herself from transfers to the ground. Her opponent is a more versatile fighter, she looks good on the ground, but still tends to work more on the stand.

There will probably be little fighting on the ground here. Barber, due to her more refined striking skills and pressure, has a good chance of winning, but it will not be easy for her to knock out the staunch Grasso.