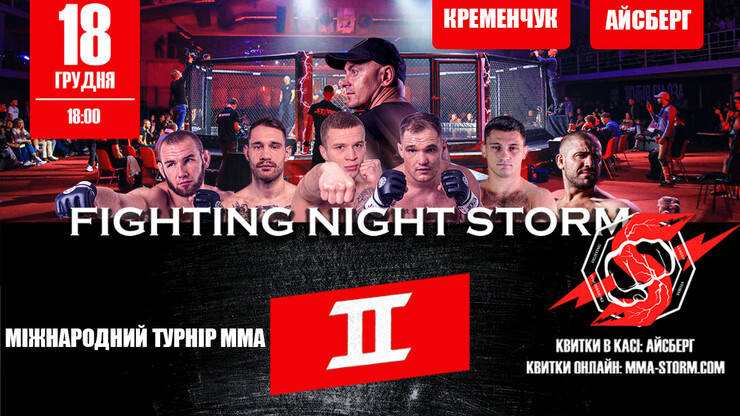 December 18 at 18.00 at the ice Arena “Iceberg” will be an international tournament MMA Fighting night storm II. This fighting event will amaze all of Ukraine and not only.

Spectators are waiting for 12 exciting fights, a show program and an impressive atmosphere. This time fighters from Brazil, Turkey, Armenia, Poland and Ukrainian champions from the Storm club will fight in the octagon.

In the octagon you will see: Max Sergeev, Kirill Voroby, Robert Vorobyov, Alexander Pysanko, Boris Polizhai, Alexander Gorshechnik and many other top fighters of Ukraine and Europe.

The tournament will be broadcast by the XSPORT TV channel. Don’t miss the main fighting event of the year!

Ngannou started a skirmish with a journalist: “If you fought at least once in your life, you would know that there are no easy fights!”