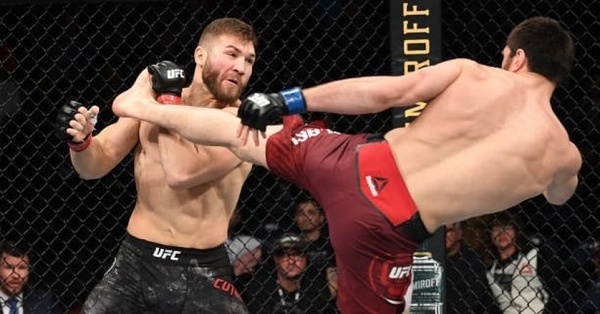 update. The fight has been canceled due to the coronavirus. Kutselaba has been diagnosed with COVID-19 again.

From the third attempt, the UFC hopes to hold an intriguing rematch between the Dagestan light heavyweight Ankalaev and his Moldovan colleague Kutselaba.

In February at UFC Fight Night 169, their first fight ended in a very controversial stoppage 38 seconds into the fight, with the referee awarding Ankalaev the win. An attempt to rematch in April at UFC 249 fell through due to the cancellation of the show due to the pandemic. The rematch was rescheduled for August 15 at UFC 252, however, Kutselaba tested positive for COVID-19.

Before the first fight, Ankalaev went on a series of three victories, two of which were by knockout. And Kutselaba won three (all by knockout) of four previous fights.

As the first fight showed, Ankalaev is not one to wither under the pressure that Kutselaba can certainly exert. And each of the Hulk’s wins in the UFC came against an opponent he was able to overwhelm with his aggression.

Ankalaev landed several powerful and sharp punches in the first fight, and at the same time he has an advantage in grappling. Kutselaba is always dangerous in the standing position, it’s just that his skills don’t seem to be enough to defeat Ankalaev. Plus, we don’t know how Kutselaba recovered from COVID-19.