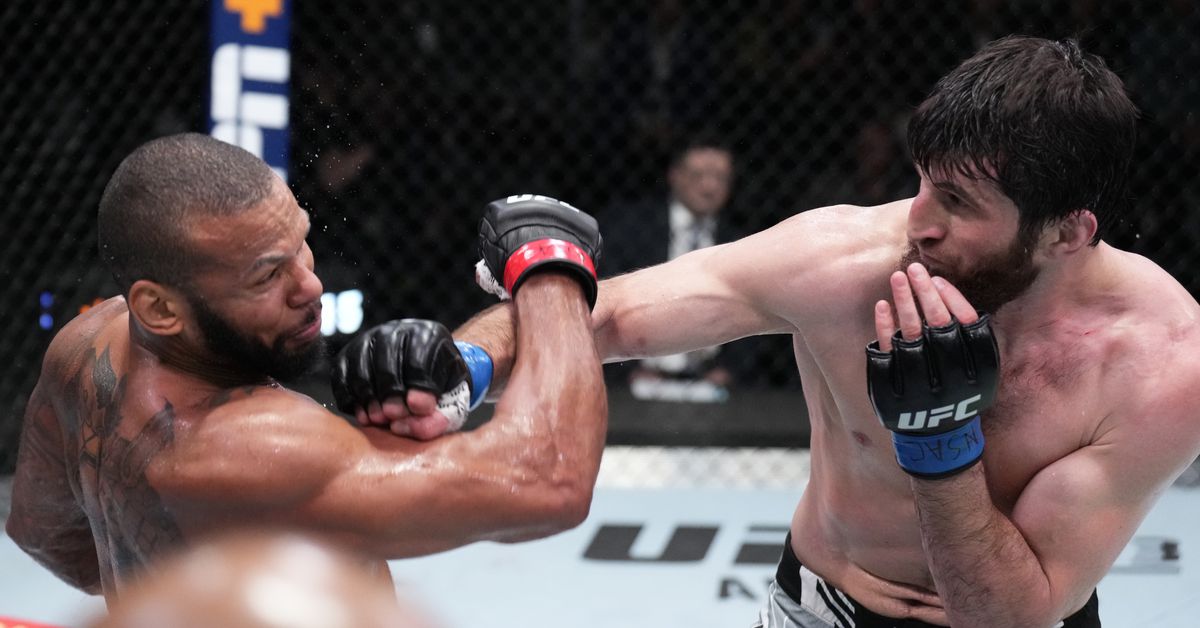 It wasn’t exactly a highlight-reel performance, but Magomed Ankalaev did more than enough to cruise to victory over Thiago Santos in the UFC Vegas 50 main event.

Throughout the five-round affair, Ankalaev acted as the aggressor as he waited for Santos to engage with him, but it was clear the one-time light heavyweight title challenger had a similar strategy in mind. Still, Ankalaev controlled the pace while winning the majority of the exchanges, which helped him secure the unanimous decision win.

“I wanted to fight five rounds to see if I’m ready to test myself,” Ankalaev said afterward. To see if I am ready to make it all the way up to the top. He was not as aggressive or skilled at grappling as I expected. He was extremely careful.

” There were moments when I could get him down to the ground. However, I grabbed the chance .”

Fast on his feet with a lot of power in his hands, Ankalaev showed no fear standing in front of Santos as he set up his strikes at the start of the fight. Ankalaev was swift to respond whenever Santos fired a shot and generally hit the target with pinpoint accuracy.

Santos had to be careful about engaging too much because he was getting tagged hard every time Ankalaev connected with a clean punch. Ankalaev kept waiting for Santos’ throw to react. However, this slowed the pace as the Brazilian was not biting to open any doors.

Late into the second round Santos was drawn into an altercation and then he unleashed a massive overhand punch which sent Ankalaev to his knees. Although it was an impressive knockdown, Santos had to use this strike to keep Ankalaev’s marching down.

Sadly, that moment only led to more trepidation from both Ankalaev and Santos, as they appeared cautious about getting too aggressive out of fear of potential retribution. Santos managed to chase Ankalaev in a frenzy at the beginning of the fourth round. However, that effort was short-lived as he settled down near the cage’s edge.

With the low output on the feet from both fighters, Ankalaev did manage to snatch a late takedown and control Santos in the clinch against the cage, which helped him rack up more points with the judges. Ankalaev was content to continue peppering Santos until the last horn sounds, with his short knees touching the body and legs.

While it probably wasn’t the way he wanted to win, Ankalaev still managed to take out another ranked opponent — and now he’s hoping that the UFC will reward him with a shot at gold.

“I feel that I deserve a title fight,” Ankalaev said. It will all depend on UFC who my next opponent is, but I believe I should be given a title fight .”

As for Santos, he falls to 1-3 in his last four fights after coming up short in his bid to become champion in a split decision loss to Jon Jones back in 2019.