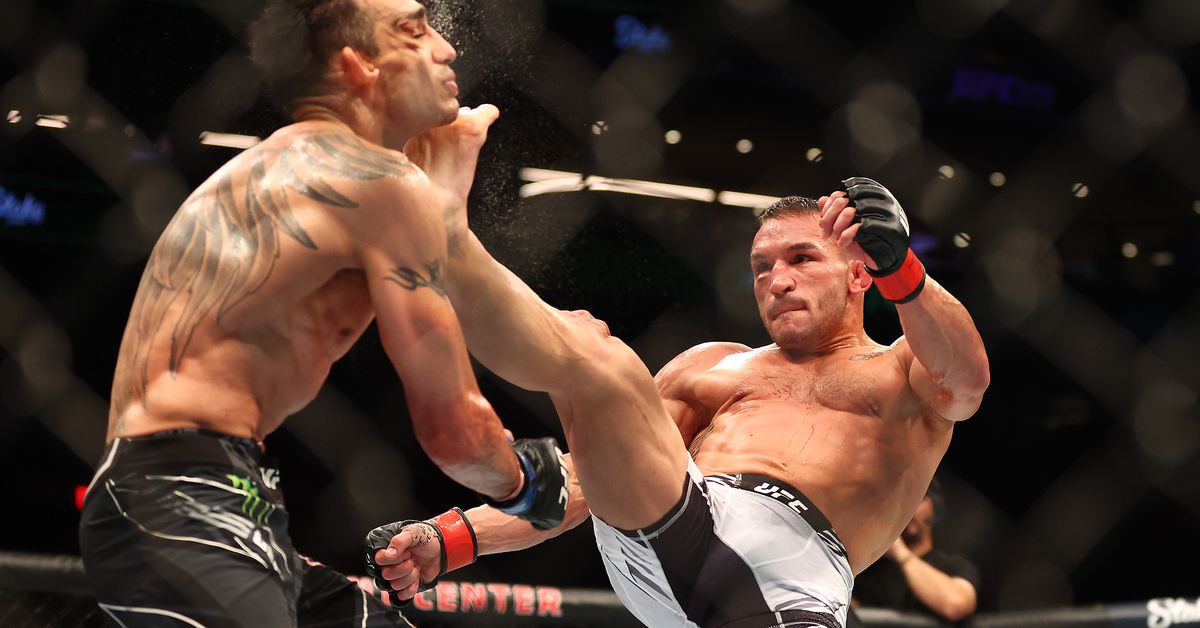 Not many MMA fighters can claim to have better front kick knockouts than Lyoto Machida.

Michael Chandler could be an exception to the rule, according “The Dragon.

Machida was impressed with what he saw from Chandler against Tony Ferguson at UFC 274, grading the former Bellator champ’s fight-stopping front kick a 10 out of 10.

” I’m the kind of person who sees martial arts in a worldwide way,” Machida said to MMA Fighting. “‘Oh, this mae geri, this front kick had no technique, he kicked from down up.’ Did it work? It worked. It worked if it did.

” We tend to reduce [others]. It’s not easy to land a kick like that. [People criticize,] “If his feet were like this, or his knee bent a little bit,” I don’t mind. It doesn’t matter how efficient it was to me. [If] I’m going out to hunt and I have the best weapon, but I wasn’t effective, what’s the point? [If] My weapon wasn’t very good but I did it anyway and the animal was killed. That means I was effective, that I did it well.”

Chandler stopped Ferguson 17 seconds into the second round of their lightweight showdown earlier this month in Phoenix. The kick was similar to that used by “The Dragon” in stopping Vitor Belfort in 2018. Machida also finished Randy Couture with a crane kick in 2011.

A former UFC heavyweight, Machida admitted that he was not so open to new techniques back in the past.

“I’ve looked at things that way in the past, but now I don’t,” Machida said. Martial arts are, as the name suggests, art. And like art, anything can come from it. If you look at Leonardo da Vinci’s painting, you might not see the beauty. But someone more sensitive than you may be able see it. “This is beautiful. Look at the thoughts of