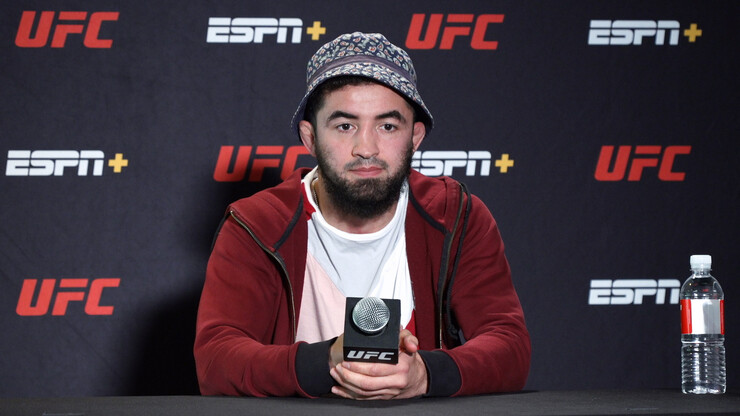 This tournament will see the debut in the UFC of the Ukrainian bantamweight fighter Sholinyan, who will be opposed by the undefeated Welsh Shor. Initially, Shor was supposed to fight at UFC Fight Night 191 against Dagestani Said Nurmagomedov, but he left the card due to visa problems, he was replaced by Zviad Laziashvili, who in turn withdrew from the fight due to injury, and then the matchmakers made an offer to Sholinyan.

Ludvik Sholinyan (9–1–1) is a master of sports of Ukraine in MMA and freestyle wrestling. In an amateur cage, he became the champion of Ukraine and got bronze at the European Championship. Ludwik had his last professional fight back in November 2019, winning a split decision over Yuma Horiuchi.

Jake Shore (14–0) was the champion of the prestigious British promotion Cage Warriors FC. He has been with the UFC since 2019, winning by submission against Noeleen Hernandez and Aaron Phillips and winning a split decision over Hunter Azure in April of this year.

Sholinyan is a strong fighter with good kickboxing skills, but he lacks a powerful punch. Shore is also a passable striker who relies on the ground, holding a black belt in BJJ.

In general, as a fighter, Shor looks head and shoulders above his opponent. Not in favor of Sholinyan, his long downtime. We believe that a fighter from Foggy Albion will dominate in the stance and then force the opponent to surrender on the ground with his favorite technique – rear naked choke.

Forecast – Shor’s victory by submission in the 3rd round

The fight will take place on September 4 in Las Vegas (Nevada, USA) at the UFC Apex in the preliminary card of the UFC Fight Night 191 tournament. The estimated start of the fight is 22:00 Kyiv time. The fight will be broadcast live on Setanta Sports.