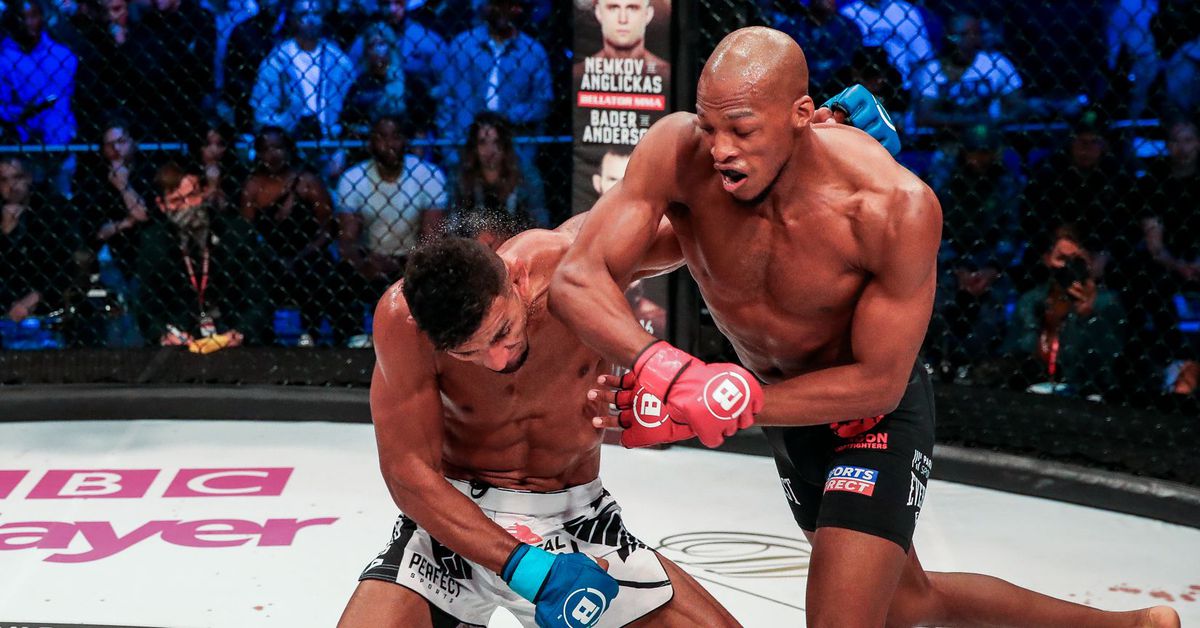 Yaroslav Amosov won’t be defending his Bellator welterweight title on May 13 after all, the company announced Wednesday.

With the undefeated 170-pound powerhouse staying in Ukraine and helping defend his home country from the Russian invasion, the MMA promotion has decided to pair his original opponent, Michael Page, against Logan Storley for the interim strap at Bellator 281 in London.

“We, like the rest of the globe, are shocked at the events in Ukraine. The thoughts and prayers of all of Bellator MMA are with Yaroslav as well as the entire Ukrainian population,” Scott Coker, Bellator President stated in a press release. “We wish he and his family the best and look forward to seeing him return safely to happier times, both inside and out of the Bellator cage.”

Page (20-1) earned a shot at the belt after winning six in a row since 2019, avenging his sole defeat with a split decision over Douglas Lima this past October. Storley (13-1), whose only MMA loss came in a split decision against Amosov in 2020, recently beat Neiman Gracie.

Check out the latest Bellator 281 lineup.