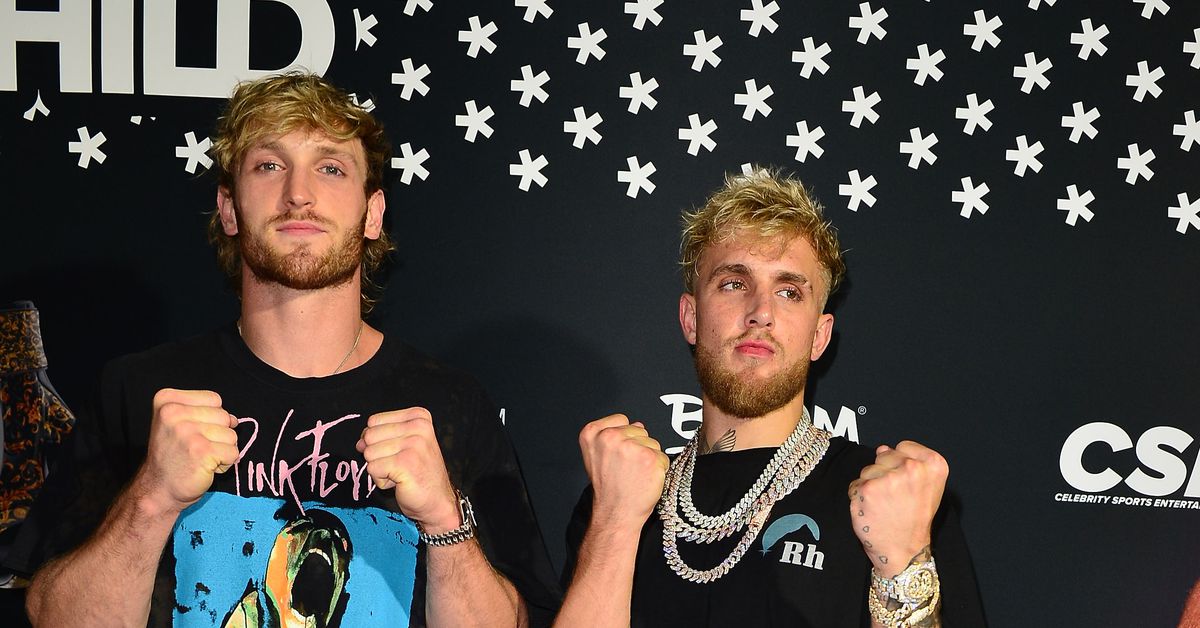 Over the past year, Jake Paul has made waves in the combat sports community with his success in a series of boxing matches against former MMA champions. Knocking out both Ben Askren and Tyron Woodley in 2021, Paul is now 5-0 as a professional boxer and has far surpassed what many thought the Disney Channel star was capable of doing in the sport, including his own brother.

Like his brother, Logan Paul rose to fame via YouTube and has also branched out into the squared circle. In fact, it was Logan who was the main event of the first fight card the brothers competed on back in 2018. Since then though, it’s been Jake who has had far more success in boxing and, given how things started out, totally surprised his older brother.

“Are you kidding me?,” Logan Paul said when asked about his brother’s success on The MMA Hour. “I remember a time not that long ago, maybe two and half years ago, and I’m ashamed to say this because I’m his brother and I love him, but I had chalked him up. I had chalked him up to the game. I was like, ‘His attitude, he’s going about this the wrong way. He’s just being a f***ing punk about his brand and his persona.’ He put in the work and the work led to results and actual action. So I realized, I’m done doubting Jake Paul, forever. Anything the kid says now, I’m like, ‘Well, I’ve seen him do it before.’ I get so inspired by him now. He truly is an example of making it out of the mud. He’s definitely exceeded my expectations along with everyone’s I presume.”

The younger Paul brother has not just made a name for himself on the back of his pugilistic success though, he’s also grabbing headlines for his ongoing feud with UFC President Dana White. While Jake Paul has poked at White for over a year, trying to get White to allow some of his fighters to box Paul, over the past several months, “The Problem Child” has ratcheted up his beef with the UFC President, attacking White over issues of fighter pay and healthcare and even putting out a “diss track” with the extremely subtle hook “F*** Dana White.” It’s a feud that Logan believes is ultimately going to pay dividends for the sport as a whole.

“Jake vs. Big Dana. It’s tough because I like Dana a lot, I always have,” Logan Paul said. “I was a fan of Dana and he’s always been good to me. He calls me before the fights and offers me tickets, and now my brother is ‘motherf***ing’ him and his business and I’m like, damn. Obviously I’ve gotta side with my brother and as a viewer I’m very entertained. I think it’s really funny and I also think that he’s doing a good thing. I think he’s doing a really good thing because he’s a kid who is vocal about a situation I believe is important — fighter pay — and the people who should be speaking up can’t because they’re in a bit of a vice grip from Dana. So Jake ain’t employed by Dana, he can do whatever he wants. And as loud and obnoxious as he is sometimes, he’s actually doing dope s*** for combat sports, and I think in 3-5 years, people are gonna realize how significant he was in changing the landscape of the sport.”

While everyone waits for that to happen though, Jake Paul remains a going concern in the combat sports world. Though he does not have his next fight scheduled currently, a list of possible opponents has emerged with former UFC middleweight champion Anderson Silva as one of the top possibilities, but it’s another MMA star that Logan says he’d most like to see his brother fight next.

“I’d love to see him fight Nate Diaz and then eventually Conor McGregor,” Logan Paul said. “I think that’d be such a cool fight.”

Both Diaz and McGregor are currently under UFC contract, however, Diaz is on the final fight of his UFC deal and rumor has it that once his deal is up, he intends to pursue a boxing match against Jake Paul.